We were able to sneak off to Ohio for a few days of family visits at the beginning of the month. It was Nolan’s first airplane, and he did great on the flights, aside from wanting to push his feet on the seat back in front of him (I did a lot of joint compressions!). 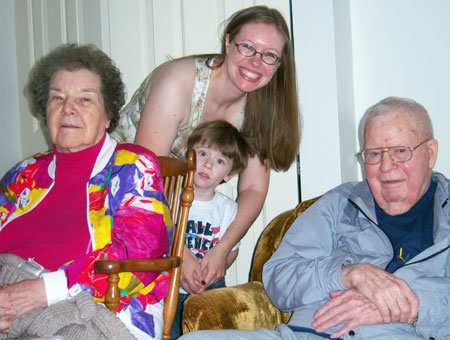 We started out with a visit to my dad’s parents at their care facility in Reynoldsburg. Nolan was very active, jumping on their bed and running laps around the facility, but they seemed to enjoy the activity as well as our company. I hadn’t seen them in probably 7 years, long overdue! 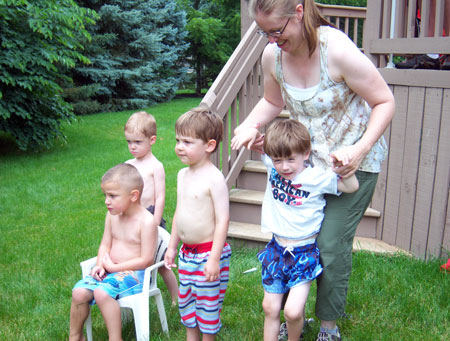 On the 4th of July, we went to a family cookout at my cousin Harry’s house. It was a lot of fun to see everyone and watch the kids running around playing with water toys. Turns out there were four 3-year old boys, all obscurely related—the two boys to the left of Nolan in the photo are both his second cousins, and the other boy is their cousin (related to me through my cousin’s marriage). 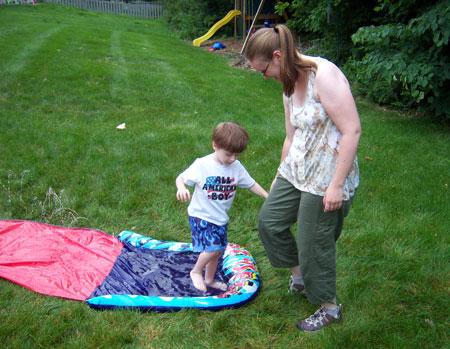 Nolan mostly avoided the water toys because he didn’t want to put his bare feet in the grass (that is why he was clinging to me in the second-cousin photo), but he did walk in the puddle at the bottom of the slip-n-slide a little bit, which was good progress. Mostly he snacked on chips and cheese and cookies, and climbed up and down the porch stairs. 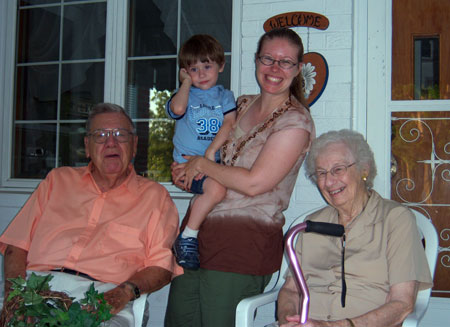 After two days of visits in the Columbus area, we drove over to Liberty Center to see my mom’s parents. Last time I was in that house, my great-grandparents were living there! I think it had been even longer since I had seen Grandma and Grandpa Westhoven, and it was great to see them still living at home, driving around town, and in good spirits. 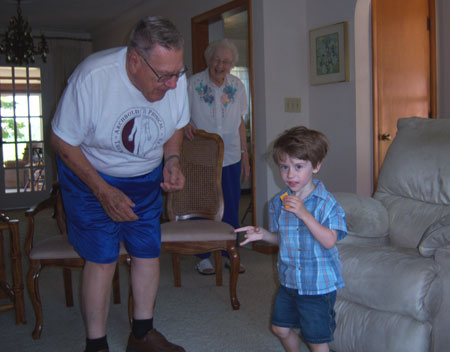 My grandpa spent our whole visit trying to get Nolan’s attention, which was pretty funny to watch. Eventually he learned the trick—bribing him with slices of cheese! 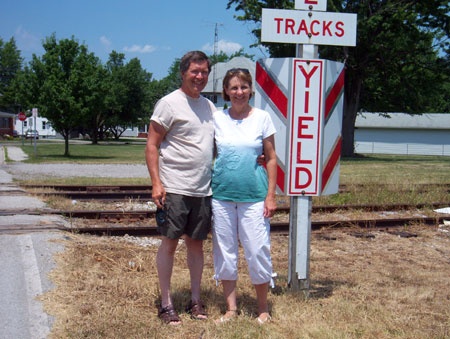 A photo of my parents on the verge of their 40th anniversary, standing on the spot where my dad proposed. Who knew railroad tracks could be romantic? 🙂 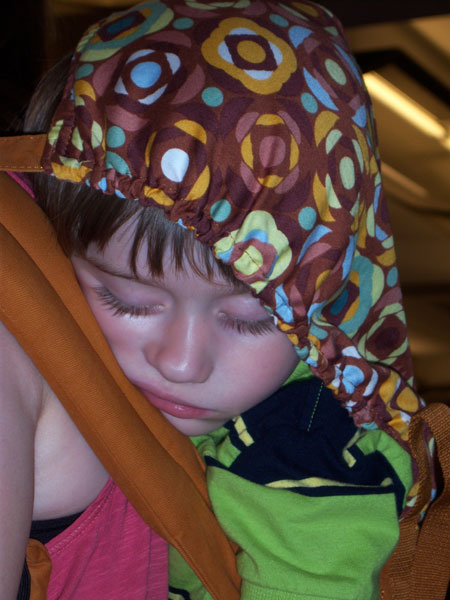 Our only travel snafu happened right at the end, when we were pulling into DIA and it started raining. There was such a strong thunderstorm over the airport that they put a ground stop on all activity, and we ended up waiting at baggage claim for over two hours for our luggage to be unloaded from the plane, an hour of which Nolan spent sleeping on my back in the Ergo carrier. At least one of us was comfortable!