We have been very busy with all kinds of stuff this month, and have not had much time to update the blog for a while, but I’ll try to do a little catching up here. 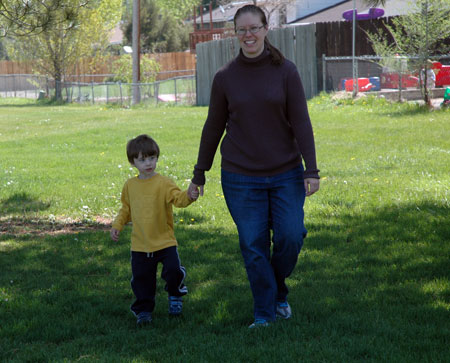 The most important update is of course Nolan’s preschool. He has worked his way up to attending school five days per week, 2 hours per day, and we decided to wait until fall to move him up to 2.75 hours per day, which is a full schedule. Nolan loves going to this school so much better than his previous one that he always eats breakfast cheerfully and goes right over to the laundry room to get his shoes and jacket, and go out to the car; he also holds my hand and walks down the sidewalk to the blue door, walking right into his classroom as soon as the door opens, and he doesn’t even fuss when I leave anymore! He gets speech therapy 3 times a week at school and OT once, plus lots of one-on-one attention from his wonderful special ed teacher and aides. Last week when I came to get him, he was painting at an easel without needing any assistance one day, and another day he was sitting at a table with the other kids in his class like it was the most ordinary thing in the world. My previous post showed some of the activities he participated in for last Monday’s field day. So as you can imagine, we are thrilled with his progress, and very sorry to see not only the end of the school year coming up at the end of May, but also his teacher’s retirement. 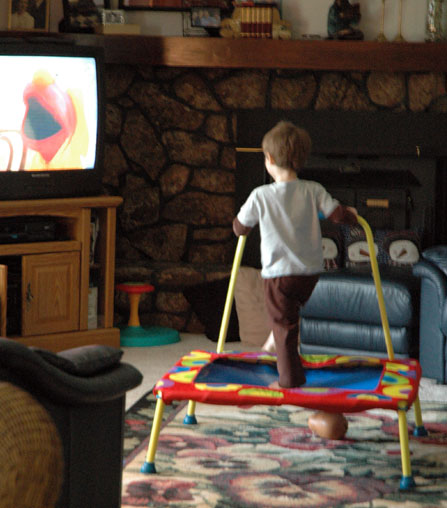 Although school is coming to a close, we were fortunate that Nolan’s placement in the intensive needs classroom gave him an increased qualification for summer school, or Extended School Year (ESY), so he will be back in a classroom setting after just a week off, and attending 4 days per week for 2 hours a day. The program is at a preschool in Lakewood, about 25 minutes away, and will mean new teachers, classmates, and a new classroom, but we think it is important for him to have as much intervention as possible.

Speaking of interventions, we have made progress on that front as well. We were incredibly fortunate in that Nolan qualified for Colorado Medicaid, which will go a long way toward our therapy bills. Three weeks ago, we were able to get Nolan started with occupational therapy once a week, with a possibility of increasing to twice a week and maybe even an additional group therapy session. He is on the waiting list for speech therapy at the same Children’s Hospital satellite branch, but we aren’t sure when his name will come up for that. In the meantime, we have also contacted the Rocky Mountain Autism Center, which focuses on speech and communication largely using the SCERTS model, and will be having an initial meeting there next week to try and get that crucial speech piece in place. 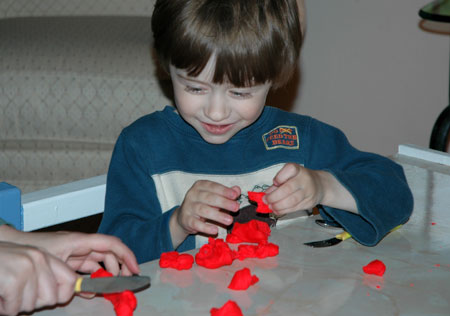 Nolan has already been benefitting from the speech therapy he receives at preschool. He has started saying “bye” and waving spontaneously and appropriately again, and he learned how to say “eat,” which I know they were working on at school. In addition, he has been making a lot of partial sounds for words, like “tah” for toast or “ump” for jump, and showing me very emphatically what he wants by taking both my hands and dragging me around the house. He asks to go out of the house all of the time now by bringing me his shoes and trying to put them on himself (and he even puts them away without prompting when we get home!)

We have had some struggles with Nolan’s sleep pattern in recent weeks, however. It seems that every single day he either wants to stay up until midnight (or later) or else goes to bed on time and wakes up in the wee hours of the morning (it was 3:30am two days ago). I think he is averaging 14 hours awake per day, which is a lot for a 3-year old! Part of the problem is that he knows how to climb out of his bed, and he has spent several nights sleeping on the floor next to the door, even though we have a little tent set up on the floor with an air mattress and blankies. He does know how to climb back into bed though; yesterday I went to check on him when the house got too quiet, and found him in his room, jumping on the bed. 🙂 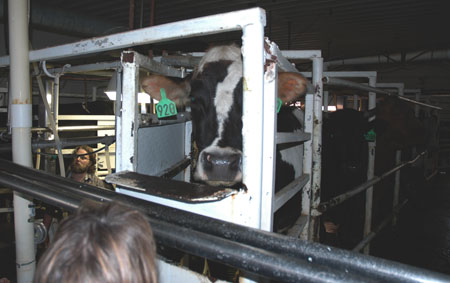 Finally, with his therapy largely being covered by Medicaid, we have begun looking into some alternative interventions for Nolan. We have an appointment scheduled with a naturopath in Boulder who competed the Defeat Autism Now training program, and we are looking forward to tailoring a dietary program for Nolan’s needs. In the meantime, we have started giving him a daily supplement of emulsified fermented cod liver oil (the mint-flavored variety from Green Pasture), and purchased cow shares at Windsor Dairy to have weekly access to fresh raw milk, pastured eggs and grassfed beef. My dad and I have also been working hard in our plots in the backyard and local community garden so that we will have homegrown vegetables this year; the weather has not really been cooperating in May, what with the hail and unseasonably cool temperatures, but so far most of our little sprouts are hanging in there. 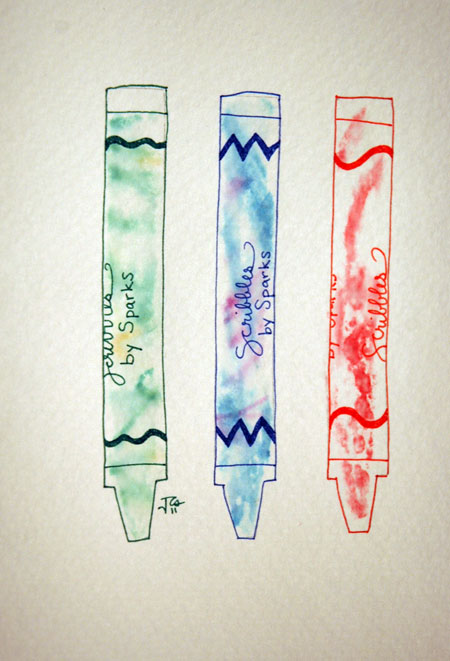 As you can imagine, all of these ventures (and the many educational and therapeutic toys we have been accumulating at home) add up in the checkbook. My parents have generously taken on much of the financial burden, but I have started my own little business at home to help offset expenses. Called Scribbles by Sparks, I create whimsical monoprint cards and bookmarks from Nolan’s own scribbles at the easel, each one unique as a fingerprint. Custom orders are available through my website, Facebook, or email at scribblesbysparks@gmail.com, and I also offer cards for sale on Etsy and a few brick-and-mortar locations around Denver. Thanks so much to everyone who has invested in Nolan’s future by purchasing Scribbles by Sparks products—in just the last week, I sold enough cards to cover two months of raw milk! If the business takes off as we hope, I would like to start donating a percentage of the proceeds to a pertinent charity, such as Autism Speaks or the Autism Society of Colorado.