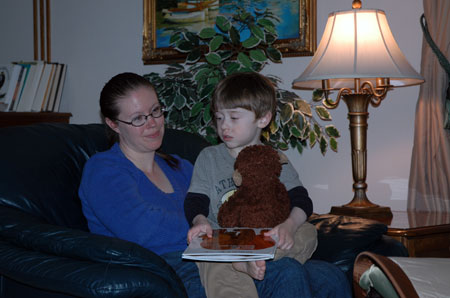 So much has been going on that I have had no time to update the blog! Nolan and I have moved temporarily to Colorado in hopes of seeking out better special needs services than were available to us in Oregon. We spent three days in an RV with my parents and their two cats, during which Nolan was amazingly congenial about being strapped into the car seat, and have spent the past few weeks getting settled in here in Littleton. 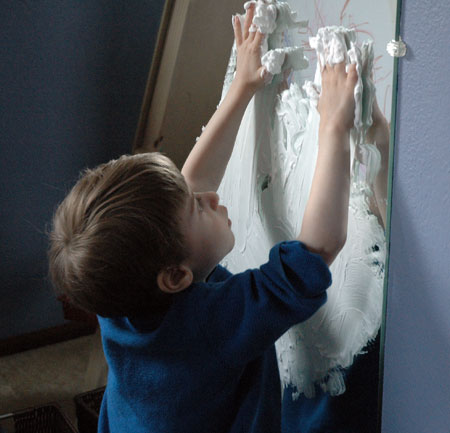 In addition to unpacking, shopping for items that needed to be replaced, getting my parents a DVR for their satellite to record Sesame Street, getting the garden started, and entertaining the company of two of my cousins, we have spent loads of time on the phone, seeking out therapies and autism services for Nolan. 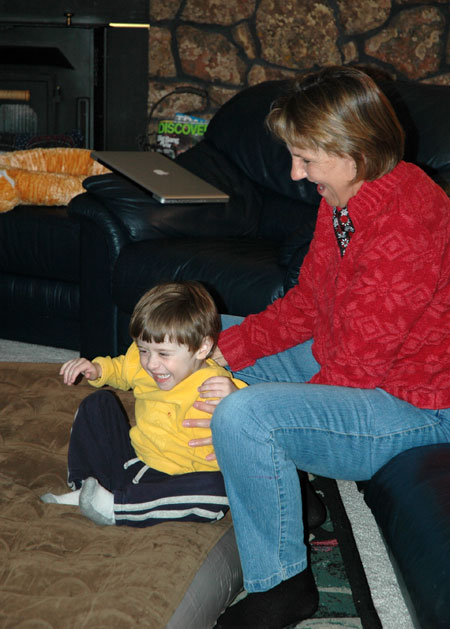 Most notably, we are in the process of getting Nolan enrolled in preschool. He was lucky enough to qualify for the state’s most intensive preschool program, five days a week, three hours a day, with a full-time special ed teacher, 3 aides, and visits from speech and occupational therapists several times a week, with only seven kids in the classroom. The icing on top is that it is located only a mile away from my parents’ house. 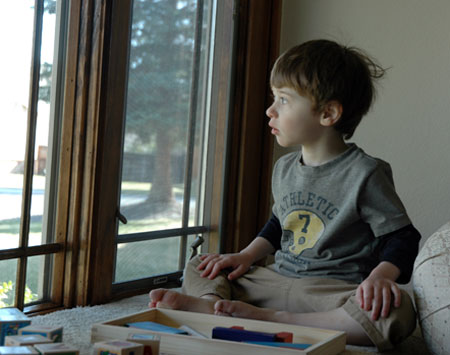 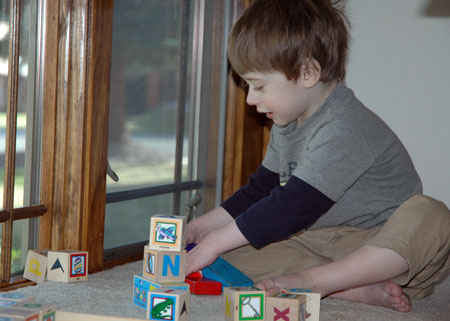 Nolan has also had a bit of a cold for the past week, so he spent a few days clinging to Mama every chance he got, but although he still has a bit of a runny nose and cough, he is clearly feeling much more like himself again, running every which way, playing with toys, and paging through his favorite book, Brown Bear Brown Bear What Do You See?. There is plenty of fun stuff to explore at Grammy and Grandpa’s house! 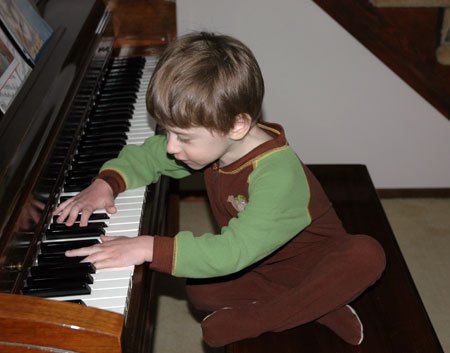 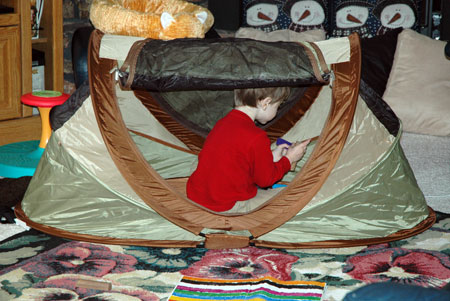 14 Months and On the Move