Although I haven’t written much on this blog in some time, we have been quite busy and have some important news to share with you all about Nolan. 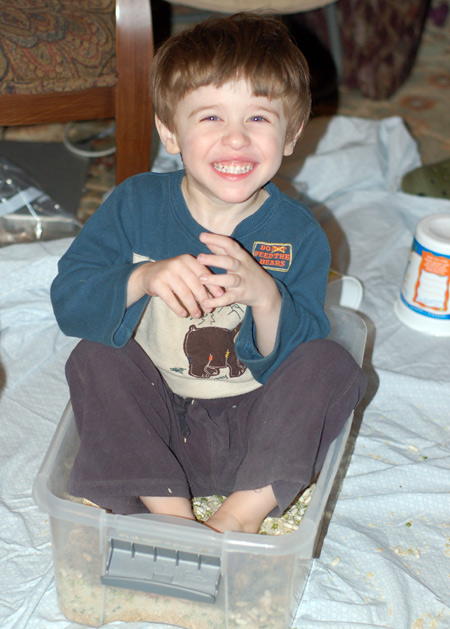 At his 30-month check-up, Nolan’s pediatrician recommended developmental evaluations with an occupational therapist and speech pathologist, as well as a visit to the Child Development and Rehabilitation Center (CDRC) at Doernbecher Childrenâ€™s Hospital. The former two occurred in November, and resulted in Nolan starting regular occupational therapy sessions in December. We also initiated contact with Willamette ESD to find out if Nolan qualified for Early Intervention services; an evaluation on January 6 confirmed his eligibility in virtually all areas except gross motor, and we have started meeting our in-home representative a couple times a month. 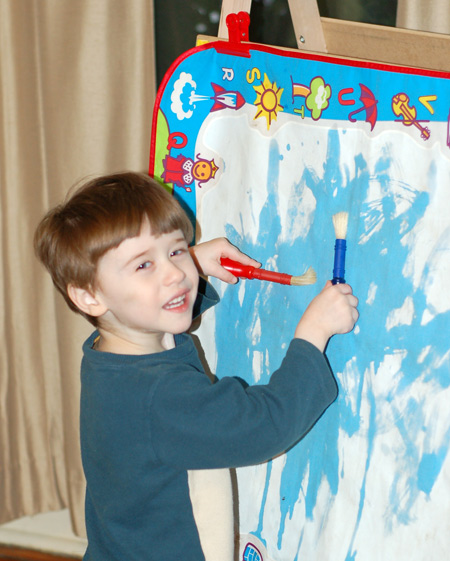 On January 18, we were finally able to get an appointment for Nolan to visit the CDRC Autism Clinic. After several hours of observation and interviews with a team of specialists, Nolan was diagnosed with global developmental delays and Pervasive Developmental Disorder – Not Otherwise Specified (PDD-NOS), a condition on the autism spectrum. Although we had been led to expect a result along these lines, you can imagine that we were nevertheless devastated by the news. The positive bit is that everyone thought Nolan was sweet as pie and very cooperative, a quick study, and we have been reassured that they think he will respond very favorably toward intervention, as much as we can throw at him particularly in the next three years. 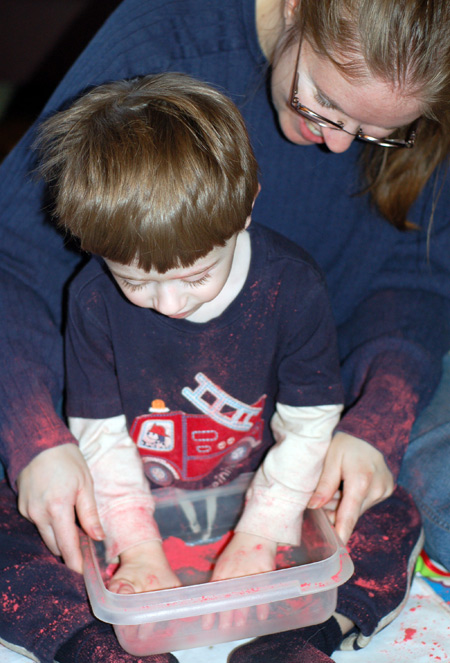 Since then, I have been up to my eyeballs in forms, phone calls, and appointments for Nolan. Half the challenge seems to be non-availability of services in Salem; even available programs are already full up, for the most part, and since I don’t drive, our access to town during the day is even further limited. Nolan was enrolled in preschool this fall, but it turned out not to be a good fit for his needs, and he won’t be able to get into a state-funded preschool until fall. The other half of the problem is the financial piece—how to pay for Nolan’s interventions. We qualified for a little assistance from the hospital, none from the feds, and frankly our health insurance seems like way more confusion and expense than assistance, but that is how it goes. 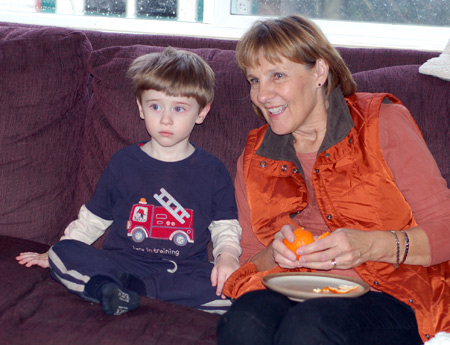 At the moment, I’m starting to feel like all the doors are slamming in our faces, but I’ll keep at it, since Nolan really needs the advocacy now. Fortunately, my mother was visiting us the week of the big eval, and she helped me get Nolan set up with some therapeutic toys, all of which he loves, and that, coupled with the ESD and OT help, have given me a better handle on how to play with Nolan in ways that will benefit his learning style the most.