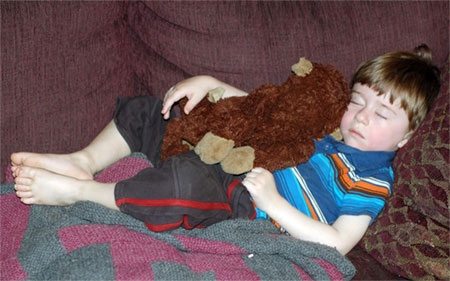 Nolan has recently decided that the couch is a comfortable place to take a nap. On days when he skips his nap, he starts fading round about 8pm. Several times he has climbed onto the couch by himself and snuggled down with his monkey to catch a few Z’s. 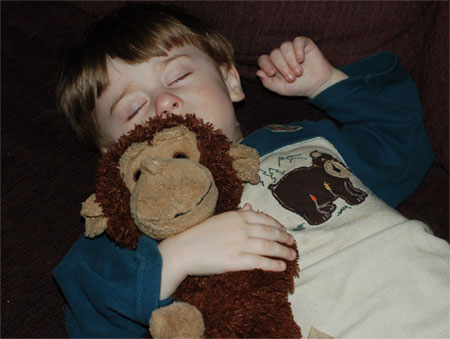 More often, he snuggles on my lap after dinner (usually the first attention he has gotten from me for an hour or two, thanks to my cooking obsession) and starts nodding off within a few minutes. I try to keep him awake at least long enough to change his diaper, and preferably his clothes as well, but lately he’s been evading my efforts. He’ll sit up and basically sleepwalk over to the couch, plop down, and be out cold within seconds. It’s pretty amazing, and a skill I wish I could master! 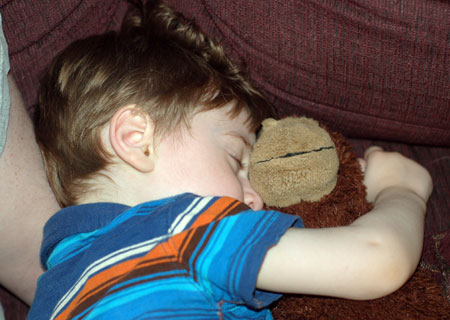 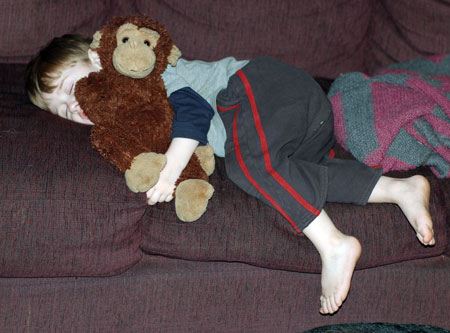 Just so you don’t think all Nolan does lately is sleep, here’s proof to the contrary. One of his favorite pasttimes lately is paging through his books, vigorously (and frequently chewing on their corners). I had to buy book tape to repair some of the wear he’s been putting on them, but at least he’s interested again. 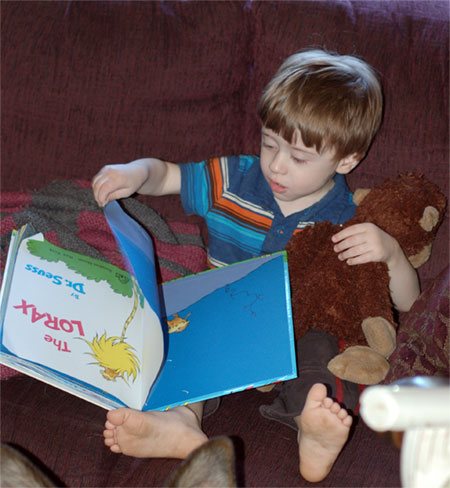