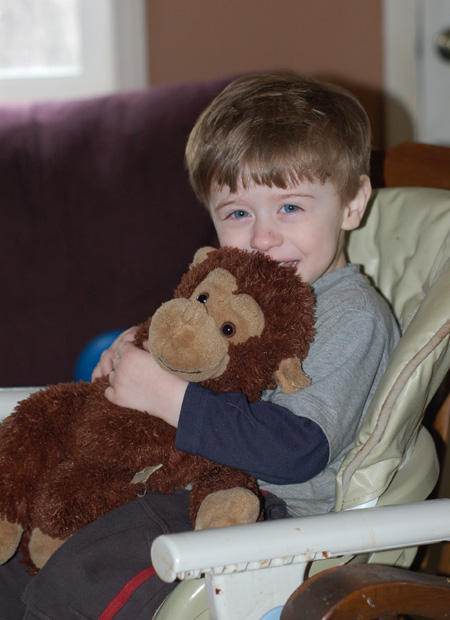 Nolan has been climbing all over everything lately: the furniture, the bathtub, the toy bin, the dog, me and Jeremy, etc etc etc. I’ve put together a little montage of some of his perches, just for fun. The one above is in his high chair, into which he has started climbing with no assistance. 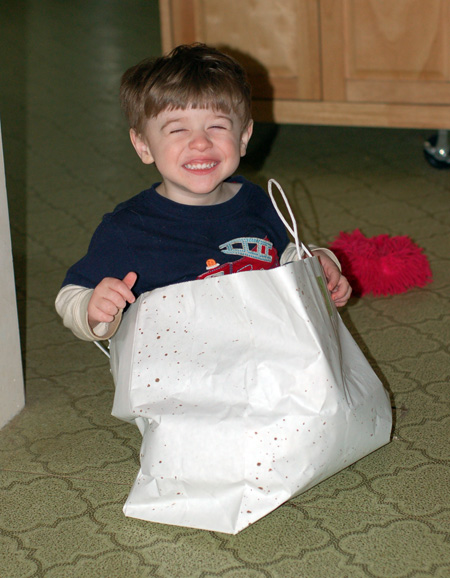 I showed Nolan that he could put his favorite monkey and blankie into this bag to carry around, and he promptly did so, then climbed in himself. 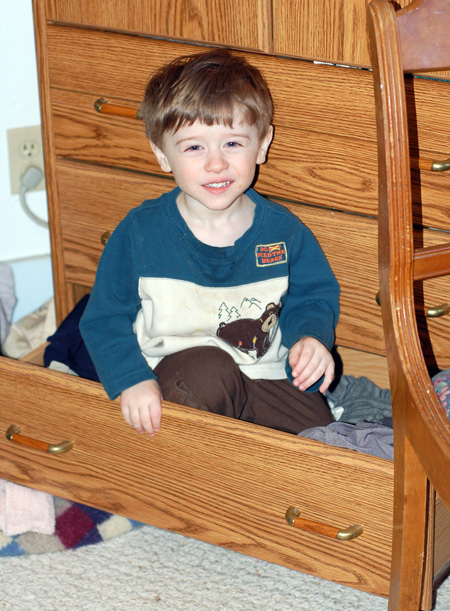 In addition to the bottom shelf, Nolan has also been climbing into the middle shelf of this dresser, plus the top drawer of the nightstands (that one did not get a photo because I was seriously concerned that he was going to topple the whole nightstand with his antics). This was a natural progression, since he has been putting toys and shoes and such in the drawers for ages. 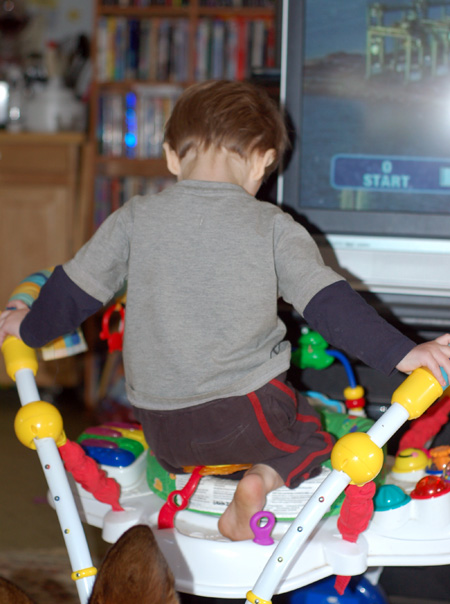 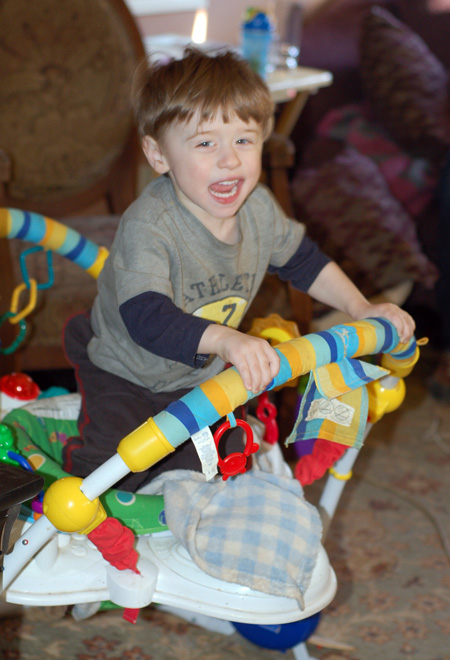 Another recent favorite has been the jumperoo, which Nolan has long since grown out of vertically. He recently realized he could climb into it without assistance, and then sit on top of the seat and swivel back and forth, kind of like he’s in a Sit’n’Spin. He sometimes tosses his monkey and blankie into the base of the seat to facilitate this, since they plug the leg holes of the seat.

In the past two days, Nolan has been climbing onto the back of the sofa pretty frequently. All the better to see the dog running around in the back yard! 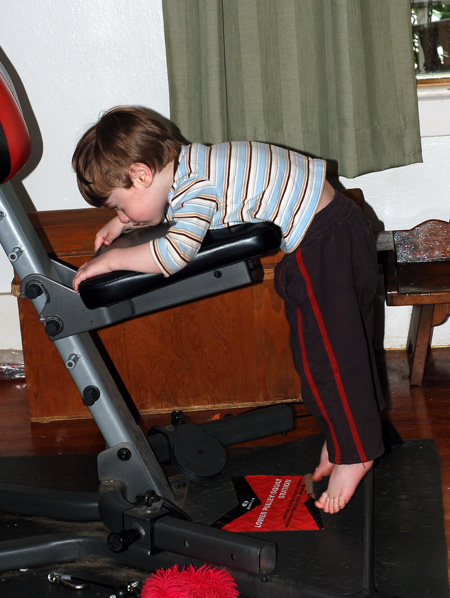 Nolan hasn’t quite mastered this one yet—the photo doesn’t show it well, but his feet were dangling in the air and he was really straining with the effort to pull himself up by his arms. He made it with a little assistance from Daddy, and then we whisked him off to his high chair for lunch.