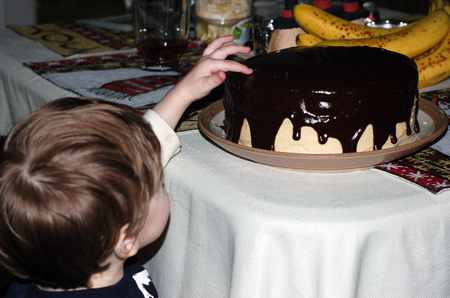 Nolan turned the big 0-2 last week. We were lucky enough to have a visit from Uncle Shaun for the big event, which made it extra festive. We took Nolan on a shopping spree to Toys R Us to pick out presents, but he really only got enthusiastic once he saw the cake. I made a chocolate peanut butter cake for my tiny chocoholic, and he was trying to get at it most of the afternoon. Finally, when I set it on the table to take some photos before slicing, he saw his opportunity and pounced, stealing an early taste of the chocolate glaze. 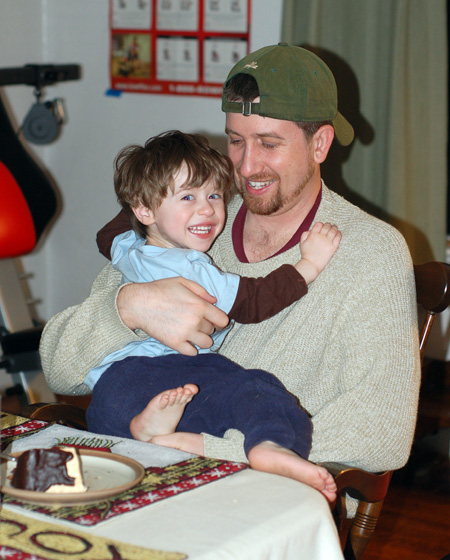 We all really liked the cake. Jeremy took some video of the carnage; maybe he’ll post it here later. 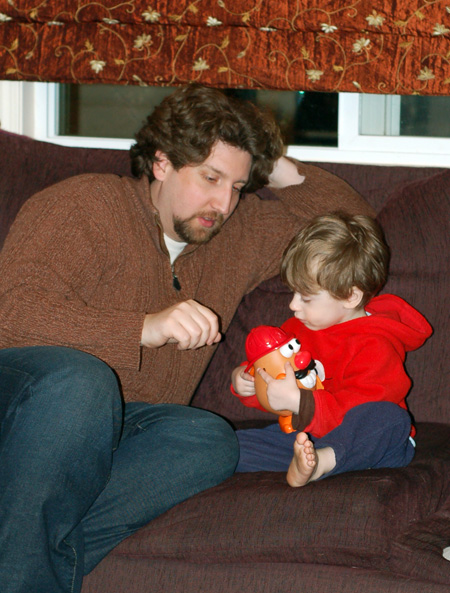 This year, Nolan got a ball, several toy cars, and a Mr. Potatohead for his birthday, and he’s really enjoyed playing with them all. Mr. Potatohead is the clear favorite, in part because he has a storage compartment in his backside. 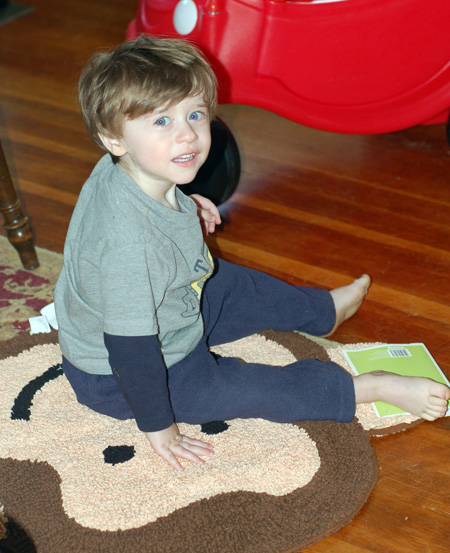 This little monkey rug was part of his birthday package from Grammy Rita and Grandpa Nelson. As soon as I set it on the ground, Nolan promptly sat down on it and rolled all around. Guess he approves! 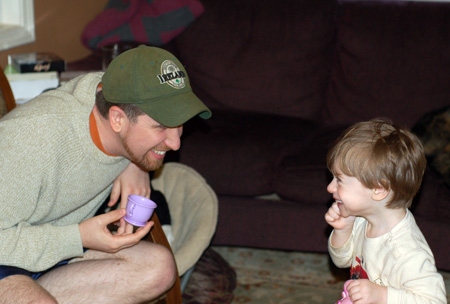 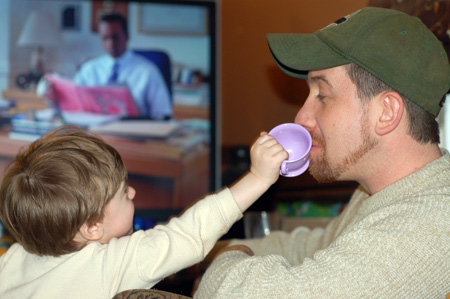 Nolan took to his Uncle Shaun immediately, as in the first moment he stepped through the door. They’ve gotten in lots of good playtime; here Nolan was sharing his teapot and cup, a favorite game. 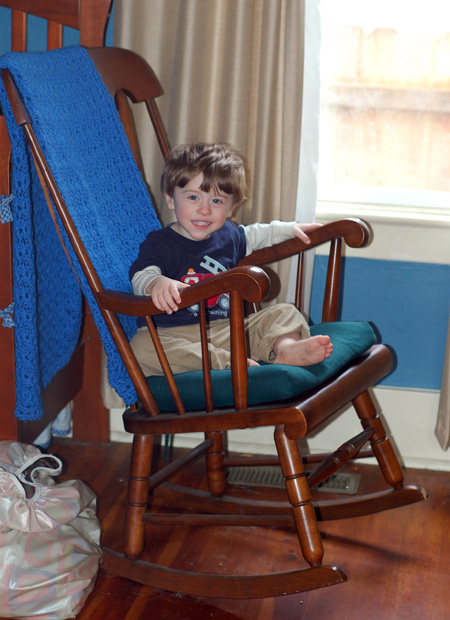 My big boy is such a good climber now that he can get in and out of the rocking chair without help. He likes to sit in it while I put away clothes and diapers in his room (I keep it turned against the crib so it can’t rock backward too much). 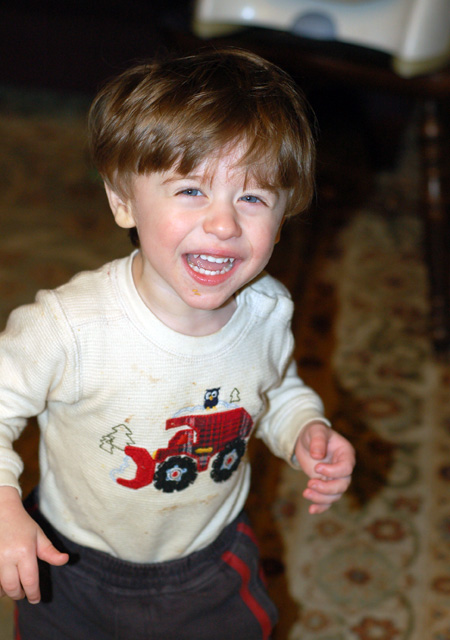