Just a few new random pics of Nolan and company… 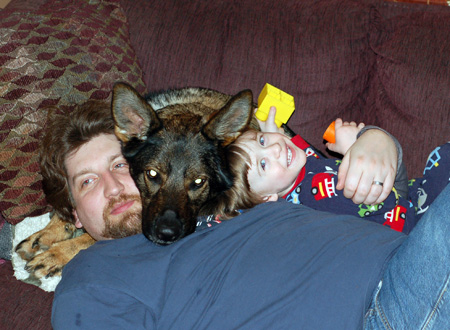 Thought this was a funny shot of Jeremy and his posse. Usually when Jeremy tries to lay on the couch with Nolan playing or cuddling on his chest, it weirds Freyja out, like her alpha male is being dominated; she comes to me for reassurance and tries to climb in my lap. This time around she climbed on the sofa with Jeremy and physically tried to protect him from Nolan, just by insinuating herself between them. 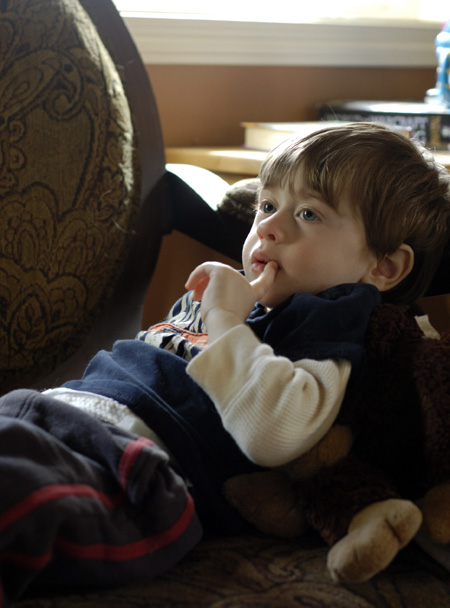 Here Nolan was watching an episode of Sesame Street when Jeremy came in and found him lounging in the chair sideways. I love the way he stuffed his fave monkey behind his back for a pillow. 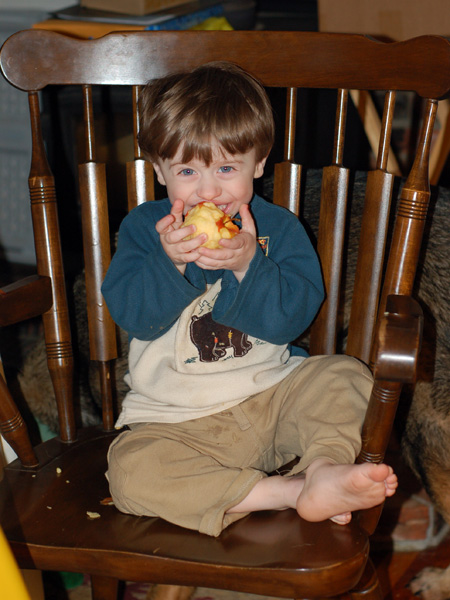 Here I came to check on Nolan because he was being a little too quiet. Turns out he was helping himself to an apple off the bowl on the table, and had already eaten about half of it. He was so proud of himself! The only way we know when Nolan is hungry is when he starts trying to graze—but usually he goes for cereal or dry pasta from the pantry, so the apple was a bit of a pleasant surprise. 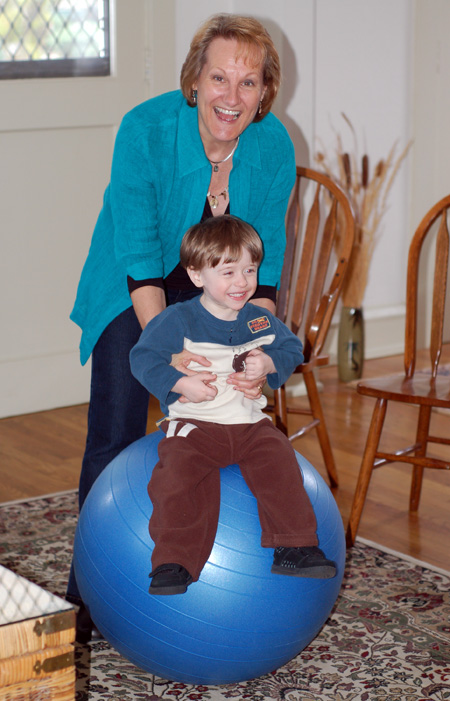 We were invited over to Aunt Marty’s house for a lunch part in honor of my cousin Kim graduating from Navy boot camp and recovering from heart surgery. Nolan had a great time exploring and giving everyone kisses. Here he was playing on an exercise ball with a little assistance from my Aunt Stacy.