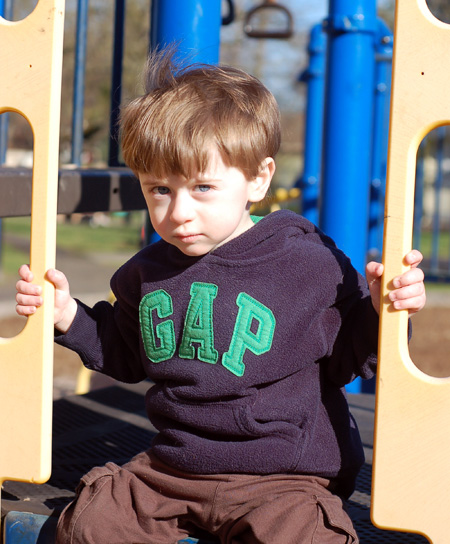 We were lucky enough the past few weeks to have some beautiful weather, a sunny little break from the rain. For a week or so, Nolan and I just took short rambling walks around the neighborhood, but then he started wanting to be held most of the time, so we went back to using the stroller and took the dog along as well. Freyja loves going to the park to chase balls, and she knows we keep them in the bottom of the stroller, so she won’t relax on a walk until we arrive at the park. After a few throws, she calms down a bit, and is happy to hang out with us on the playground, on top of or under the equipment. 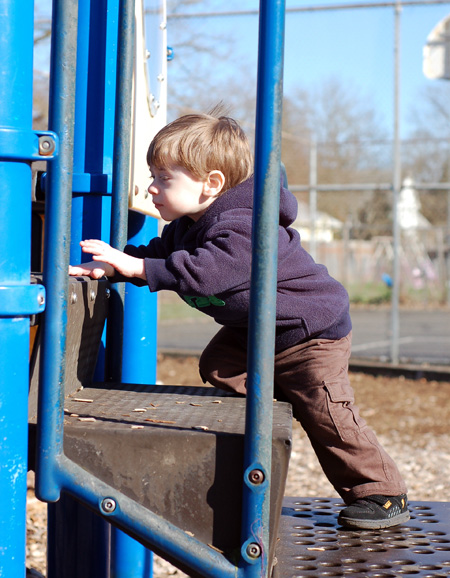 Nolan has definitely grown since last fall, because he can reach the rails and get up the stairs at the playground so much more easily. His confidence in climbing has also greatly increased over the past few months, and he had a great time playing at the park. Stairs are always a big hit, no matter where they are. 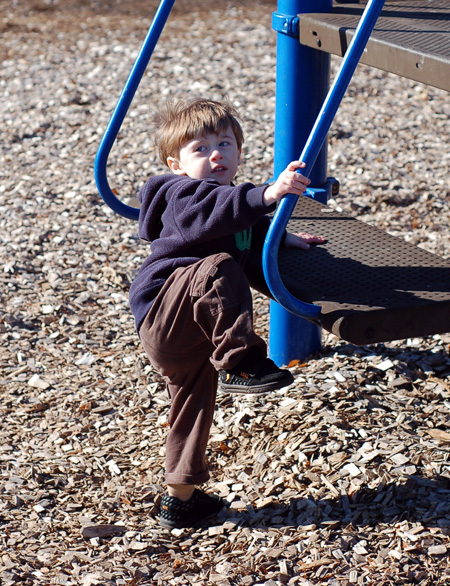 Some of them are still a bit too tall for him though. 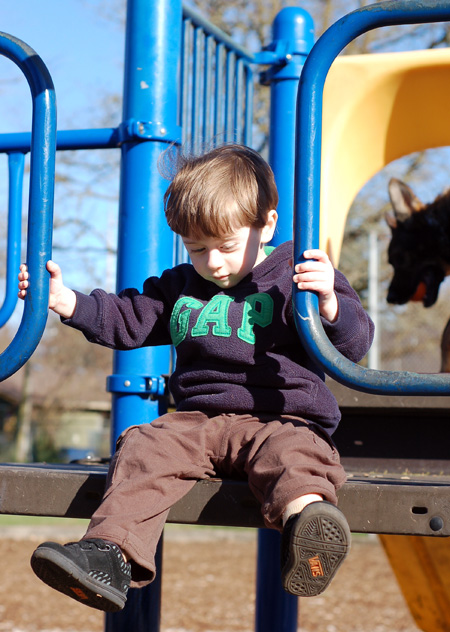 At one point, Nolan jumped off this ledge, which is about waist height for me. He dangled by the rails to slow his descent, and actually landed on his feet, none the worse for wear. I wasn’t able to get to him in time to stop him, so I kept a much closer eye on that ledge after that, and he didn’t make any more solo jumps. 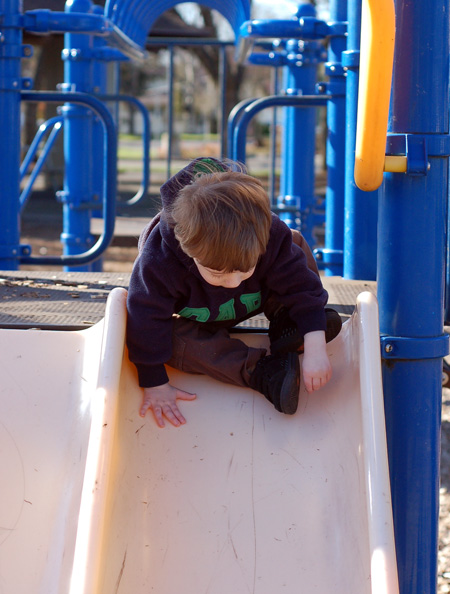 Next to climbing the stairs, the slide has become Nolan’s favorite playground activity. Last fall, he was very uncertain about the slide: he didn’t seem exactly scared, but he wasn’t having much fun going down either. This time around, Freyja showed Nolan how to go down the slide, and he thought it was so funny watching her that he decided to give it a try himself. Soon he didn’t even need my help going down (just with climbing back up the slide for another go). 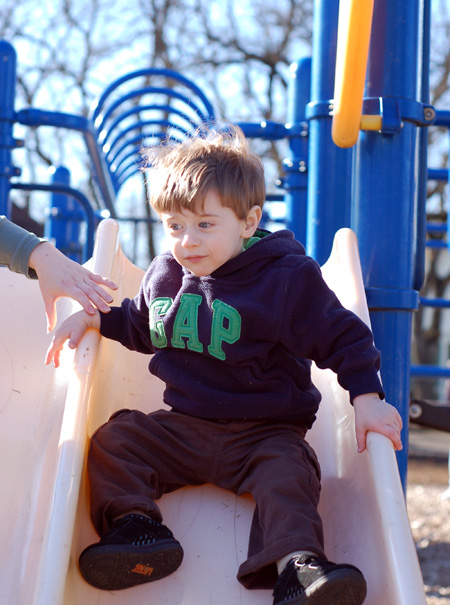 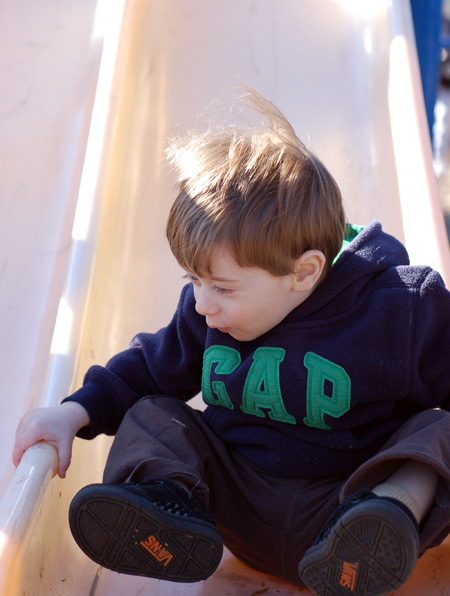 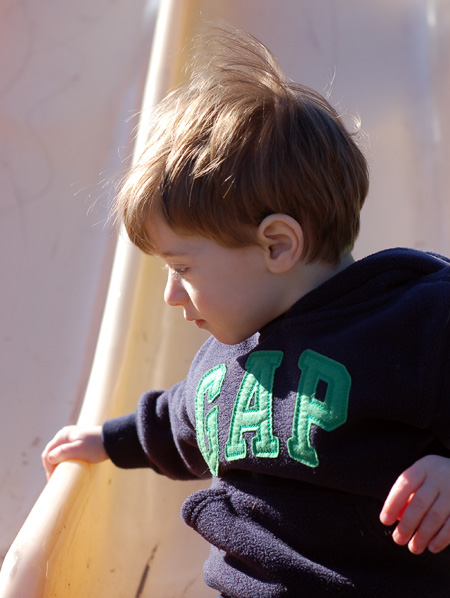 The hair-do was courtesy static electricity, which really builds up on those plastic slides after a few rounds.