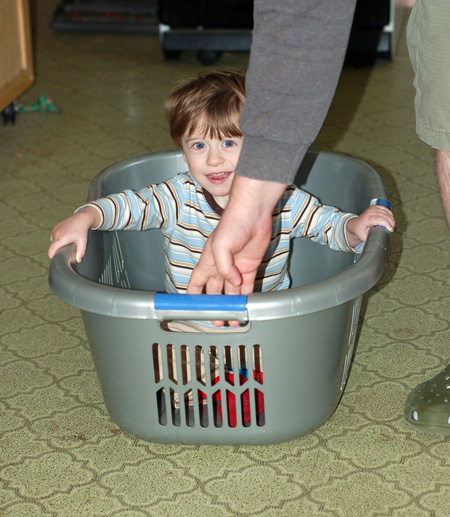 Just a few new pictures of Nolan playing. He loves being pushed around in the laundry basket, and is so proud of himself for being able to climb in and out without help. This game isn’t easy on Mom and Dad’s backs, though. 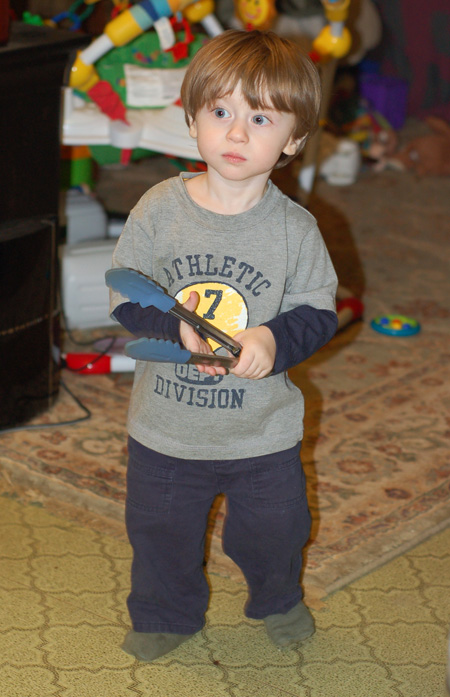 Nolan rescued a pair of my tongs from the dishwasher a few days ago as I was emptying it, and he’s barely let them out of his sight ever since. At first he just carried them around, poking at everything like he does with spoons and other tools, then he started using them like he has seen me do while cooking, pretending to stir in a bucket or squeezing them open and closed. 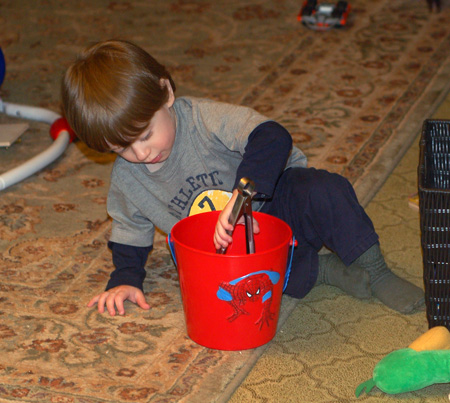 After a few days of practice, he finally got the knack of the squeezing motion, and started picking things up with the tongs: blocks and other toys mostly, but this morning he got a big kick out of opening my dresser and picking up every pair of my underwear with the tongs and lining them up on the bed. 🙂 He’s such a big boy now that when I asked him to put everything back in the drawer afterward, he very cheerfully did just that.

Nolan likes to sit on the furniture like a big boy now too. He loves climbing onto the sofa or Daddy’s big chair all by himself, tossing a stuffed animal or blanket up first in anticipation of cuddling, and turning around to sit with his back against the furniture just like we do. He can’t quite climb onto this chair without assistance because it isn’t heavy enough and has no arms for leverage, but he couldn’t be happier to pretend to use the computer sitting in a grown-up chair. The computer wasn’t on this time, but that didn’t bother him in the slightest. The buttons are the important part anyway. 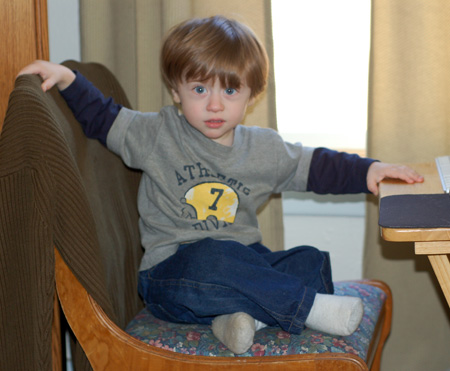 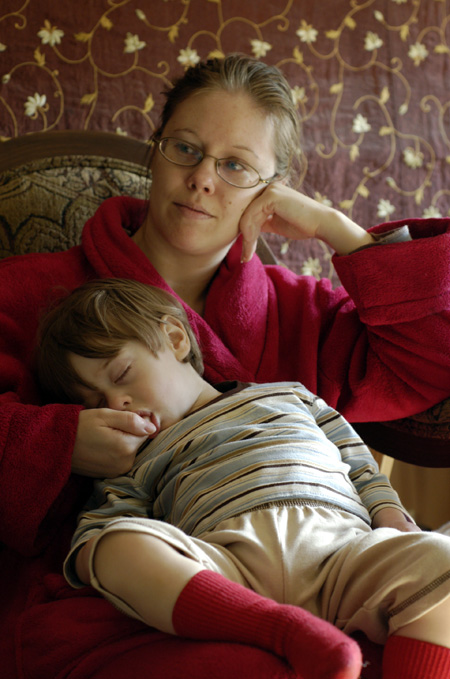