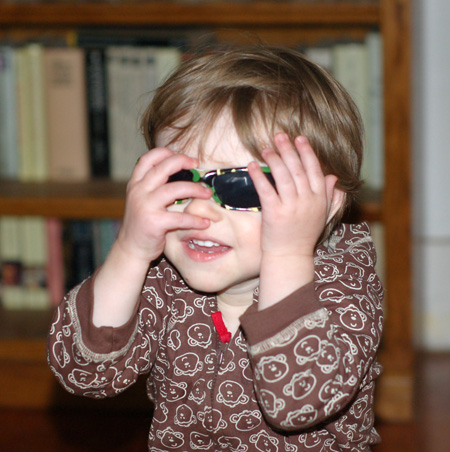 Our little guy is now nearly 19 months old, and he’s making all kinds of strides, physically and developmentally. He’s still a string bean—55th percentile for height and head circumference, 3rd percentile for weight—and so active I’m thinking we’re never going to get him fattened up now. We finally got him used to his stiff tennis shoes (he used to stand stock still and cry when we put them on, and then walked very slowly like Frankenstein, clinging to everything). While the weather held up, we went for loads of trips to the park and just walks outside; Nolan can walk around on the sidewalk for a good 90 minutes without letting up (or making much forward progress for that matter—I’d love to know what that kid is thinking sometimes when he’s wandering around). 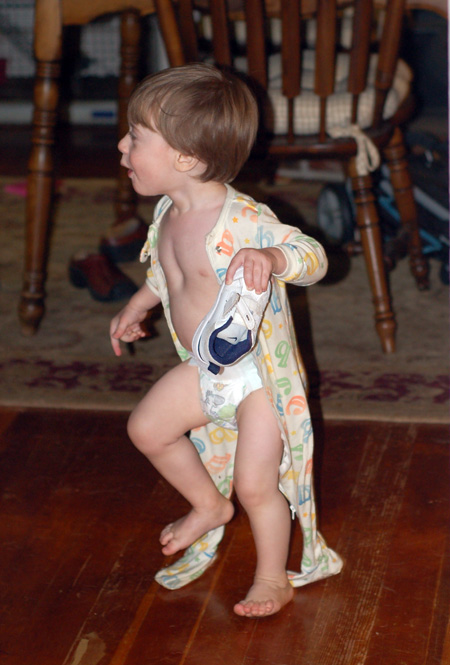 Here he wouldn’t hold still long enough for me to finish getting his jammies on. It’s hard to tell from a still photo, but he was running through the house at top speed, holding a shoe, and squealing with delight at his escape. 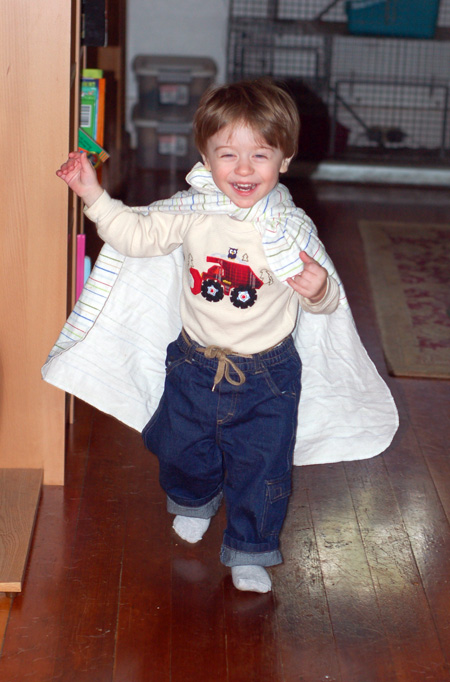 Another top-speed photo, this time fully dressed. Note that the 18-mo pants, which I had to belt onto him over his cloth diapers, are still making their way down. 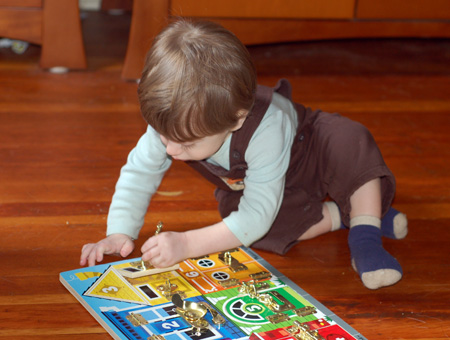 A rare still moment, courtesy of a new toy. Nolan seems to be very mechanically inclined, and loves figuring out how things work and come apart. This latch board was right up his alley, but he loves anything with moving parts or pieces that come apart and fit together. He actually figured out how to take a pen apart a few weeks ago, the ball-point sort that screws together in the middle. 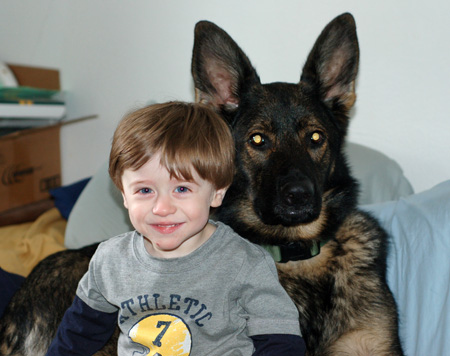 I keep missing the money shot with the dog. Nolan loves his Freyja-dog so much: he’s always chasing her around, throwing toys for her to fetch, trying to feed her kibble, and cuddling with her. She is about as patient, gentle and aware of his presence as she could be, so much so that he can reach into her mouth and pull out her favorite toy with absolutely no resistance on her part. She does sometimes try to escape to another room when he smothers her with too much attention, however. 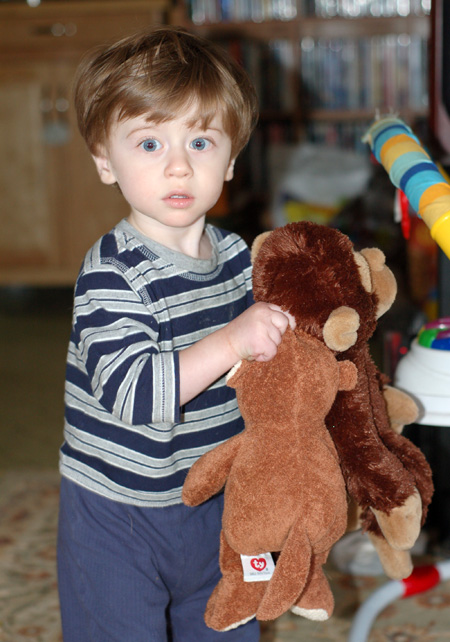 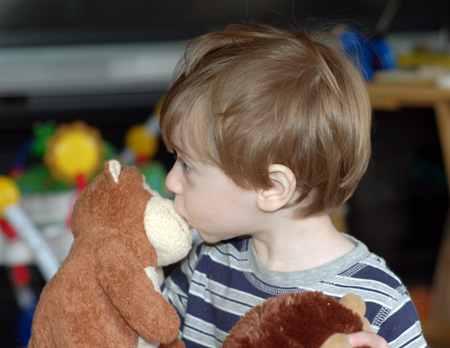 One of the biggest developments of the past month or two has been kisses. Nolan started giving us big bear-hugs first, and now he gives kisses constantly: Mom and Dad, Freyja, the knees of visitors, the phone, and most of his toys, all accompanied with a very clear “mmmwaaa” smacking sound. He’s also suddenly become very attached to his stuffed animals, and insists on having one or more to cuddle first thing in the morning—his monkey gets a kiss before I do. 🙂 We’re still waiting for Nolan to really start talking, but he clearly demonstrates comprehension all the time. Here I asked him to give his monkey a kiss for the camera and he was happy to oblige. 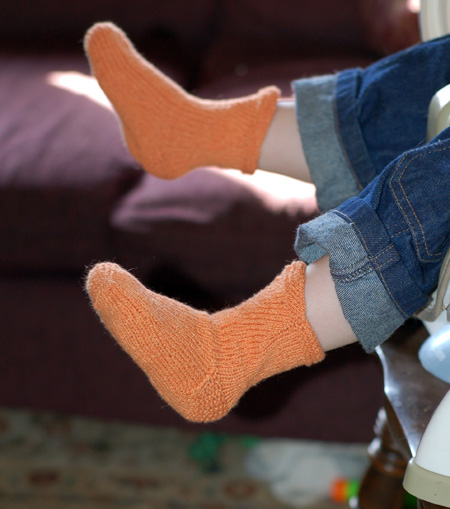 One last note: I finally knitted something since the baby was born! (Blame it on our broken iMac.) Nolan had grown out of most of his socks, so I knitted him a new pair of cute little orange ones with a bit of a swashbuckler cuff, based on a pattern from Cat Bordhi’s book. 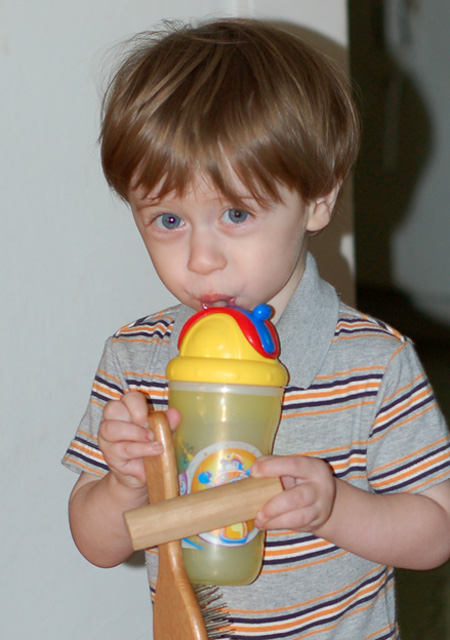