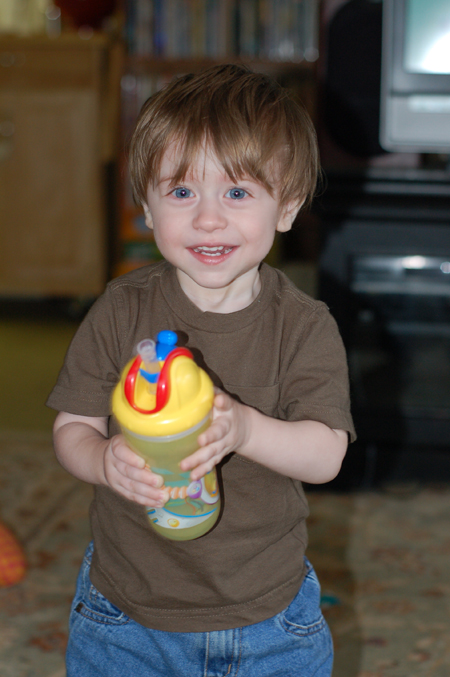 It is starting to get difficult to take photos of Nolan because he is always on the move (and also because he runs straight over to me whenever he sees the camera come out). Nolan is 100% toddler now, and he has been learning all about the benefits and perils of walking full-time. 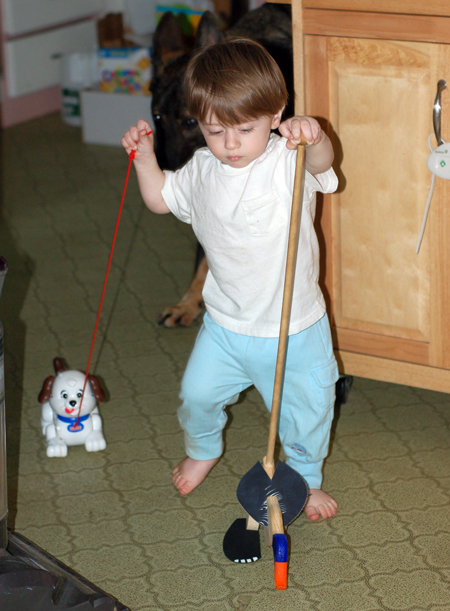 Walking is great for playing with certain toys. He pushes his duck-on-a-stick all over the house, setting it upright again when it tips over, adjusting its angle, picking it up to avoid obstacles and then taking off again across the floor. He tried pulling his little doggie at the same time, but it tips over more often and its little string is more difficult for him to keep a grip on. He also found walking to be a great boon to playing with his ball, bouncing it off the floor and then going to chase it, at least until the dog chased it too—it is now flat as a pancake. 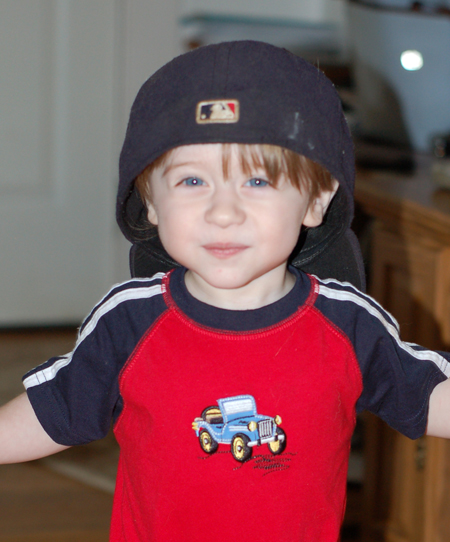 Nolan is so busy walking that he finally doesn’t seem to mind wearing a hat now and then. Daddy’s hat is a perennial favorite… 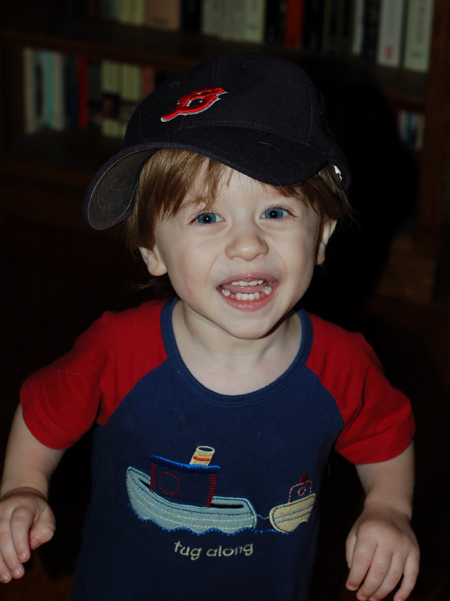 but he wears his own too. (See those bottom canines coming up through his gums? Ouch!) 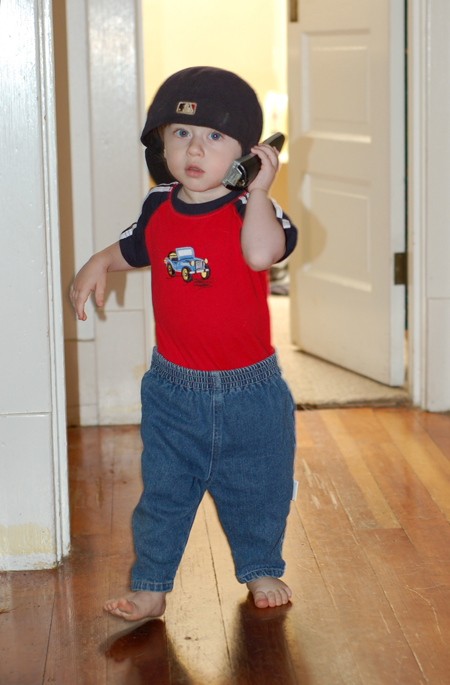 The phone has always been fascinating for its buttons, but Nolan is finally figuring out how to hold it properly, and babbles whole conversations into it while pacing around the house. 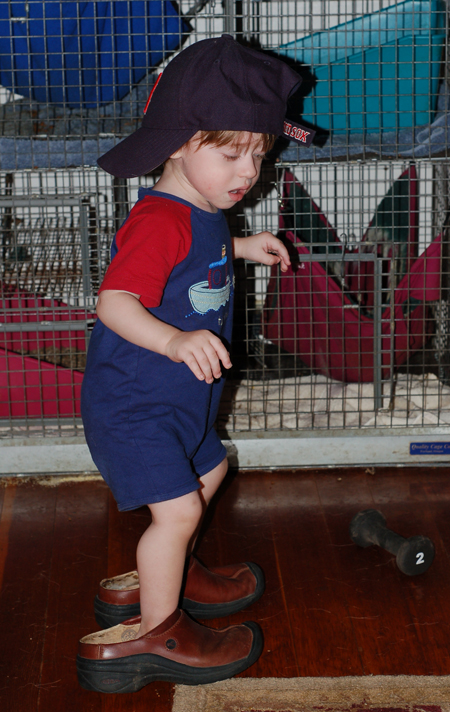 Last but not least, Nolan has become fascinated with Mommy and Daddy’s shoes. Every so often, he’ll bring us a pair of our shoes, and then try to climb into them himself. If I give him a hand getting them on, he then tries to walk around wearing them, and gets incredibly frustrated because they are heavy and of course come right off his tiny feet. He did manage to make a little progress wearing just one shoe, though. 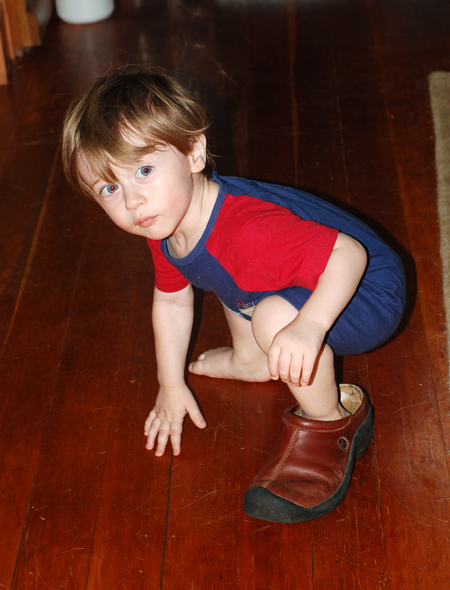