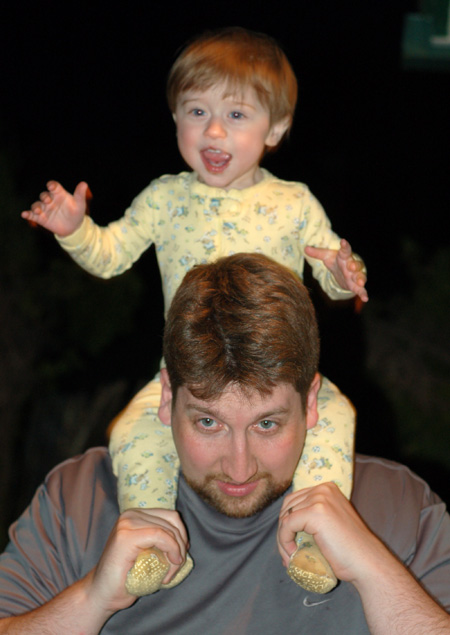 Nolan’s favorite time of day is letting the dog outside with his daddy. If it’s nice out, they chase her around and throw sticks for her, and generally have a blast. We still have a little night owl… this was before bed, probably 10 or 11 o’clock at night, and Nolan wasn’t remotely tired (neither were Jeremy or Freyja, for that matter!). 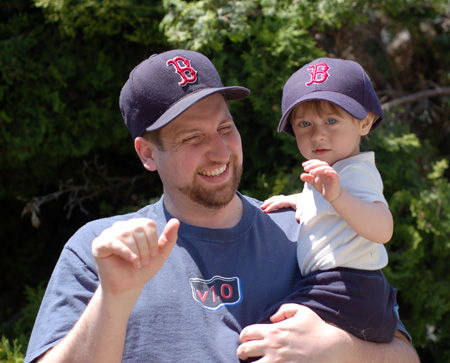 Jeremy finally got Nolan his very own Red Sox cap. It’s on the big side yet, even though it’s adjustable, and Nolan is not a hat fan these days, but we managed to get a few photos of him in it. I particularly liked this one because they were both waving at Mama. 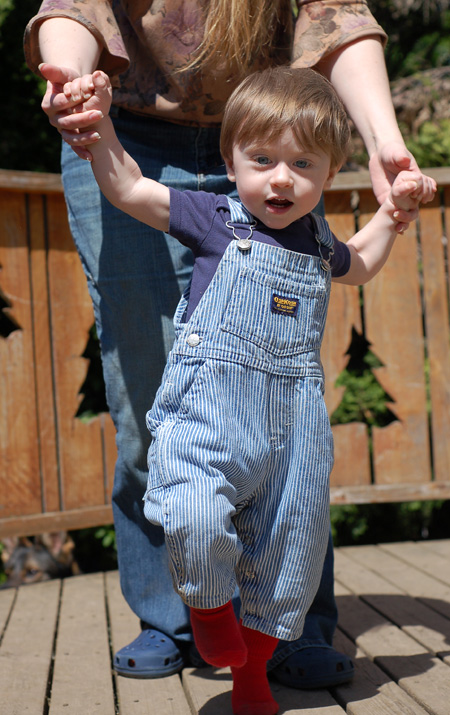 Nolan isn’t walking yet. He was doing really great hanging onto my hands, but ever since he learned how to crawl, walking is vastly less important to him. When we can get him to practice, he always reminds me of Godzilla or something, with his huge, solid stomping. 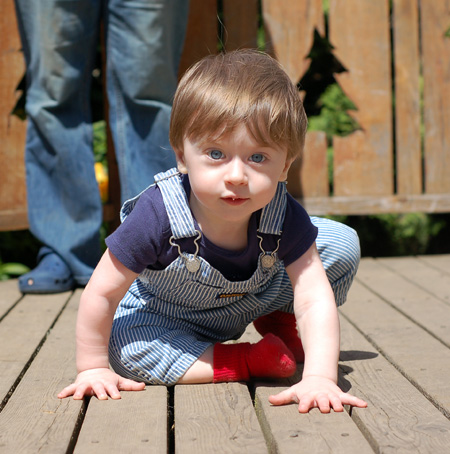 We finally got some good photos of Nolan’s unique little crawl. This is the basic shape, which we call his Spider-man pose… 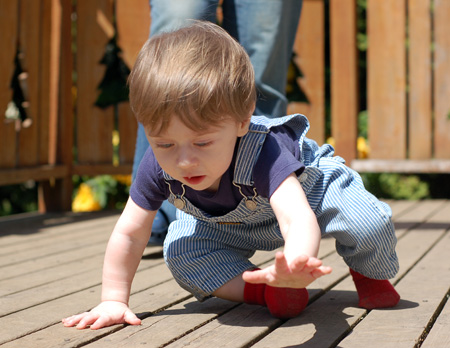 …and then he’s off, always with the left foot flat and the right shin on the ground. He moves around surprisingly fast this way, but it is hard on that shin. Jeremy took bunches of photos of him like this, trying to crawl off the edge of the porch (of course!). 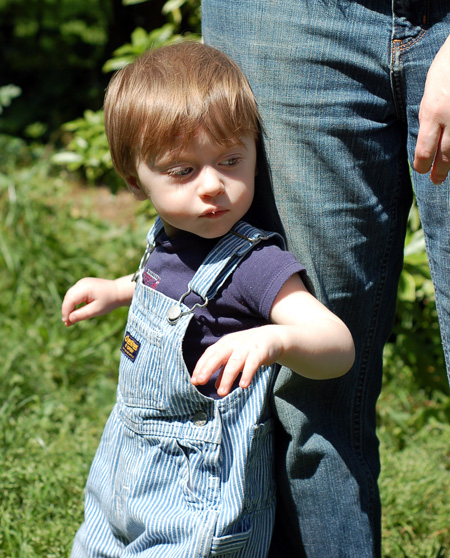 He is less certain of himself when we put him in the grass, though, and wants to stick pretty close to me. 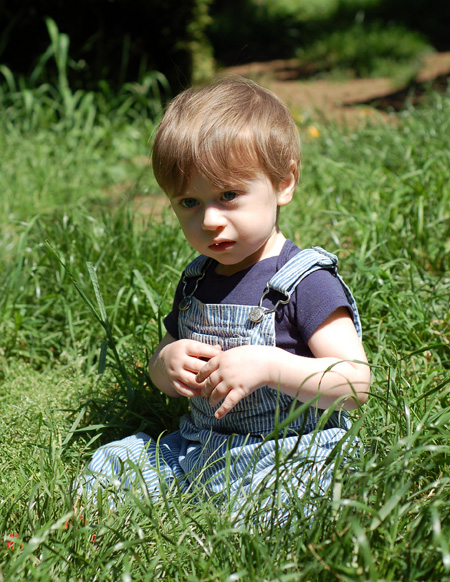 This expression cracks me up… it’s the same one he has when we put him in a shopping cart at the grocery store, with his hands pulled against his chest so he doesn’t have to touch anything. (We don’t have to worry about Nolan chewing on the shopping cart handle, lol!) I know the grass is doing a jungle impression—spring in Oregon!—but we mowed it a few days later. 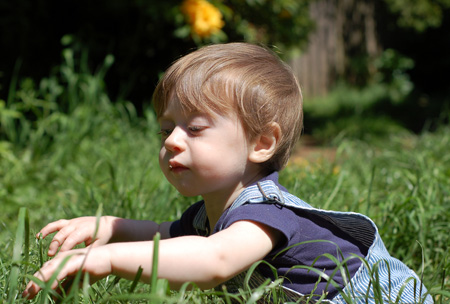 Nolan got a little more acquainted with the grass, but he started getting warm sitting out in the sun after a few more minutes, so we called it a day. 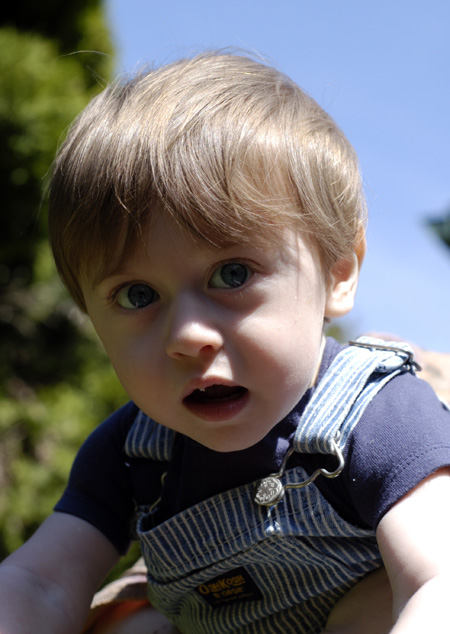