Nolan is 46 weeks old, and went in for his 10-month weight check this past week. He is 17 lb 7 oz now, which puts him solidly in the growth curve for the 3rd percentile. Length we measured ourselves, and he appears to be about 28.5″, which is at least in the 25th percentile. All of the poor kid’s pants are either too baggy or too short. What else is new?

Nolan had his first haircut this past week, pretty much just a trim over his forehead and ears. He was looking really scruffy, and now we don’t have to constantly push his hair out of his eyes. Most of these pics are pre-trim, however. We finally found a finger food he is willing and able to pick up and eat all by himself: organic cinnamon-oatmeal alphabet cookie squares. He crunches at them with all those little teeth, and makes a pretty good mess of his face and hands. Keeps him busy while I’m making dinner. And yes, he still eats everything we offer him. This week was daddy’s birthday, so he got to try out braised lamb and German chocolate cake. We also finally got him to hold onto his bottle and feed himself, but so far it appears to have been a one-time deal. 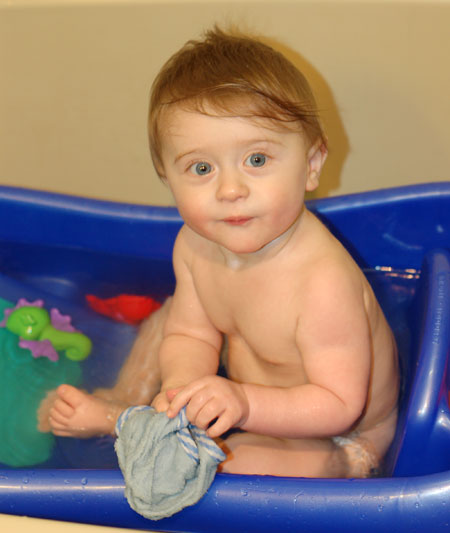 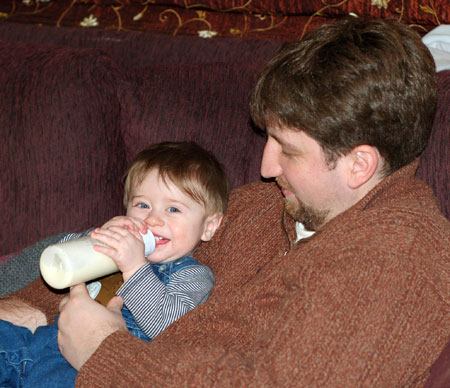 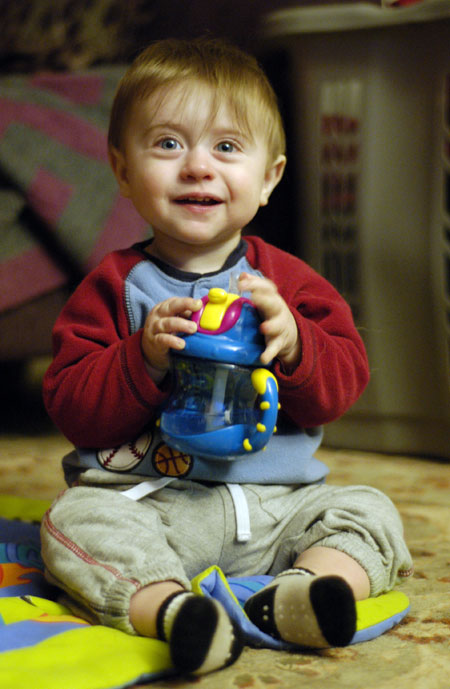 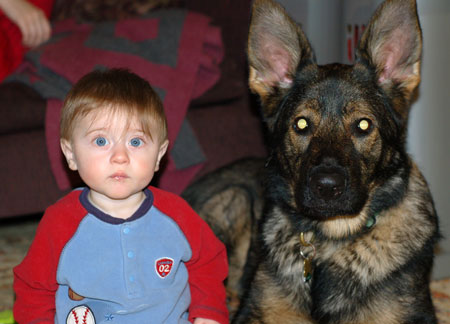 This picture cracked us up because they almost seem to have the same expression. Our beautiful pup will be two years old in just over a week. 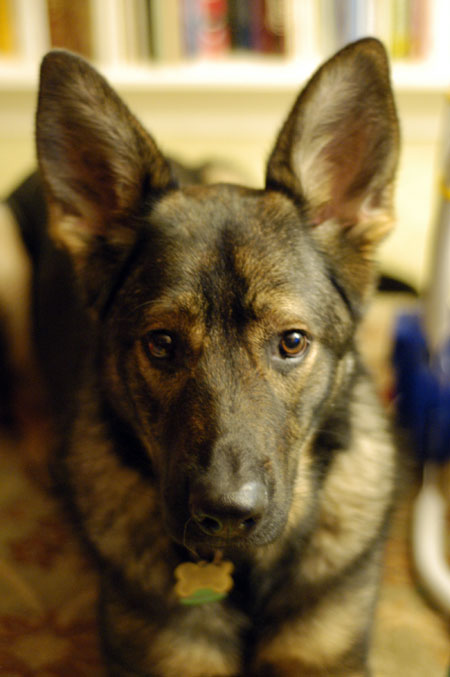