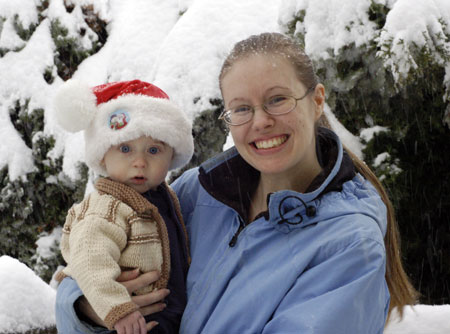 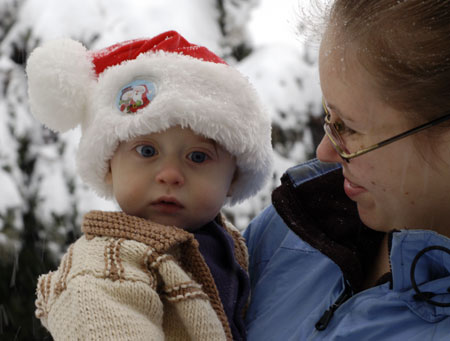 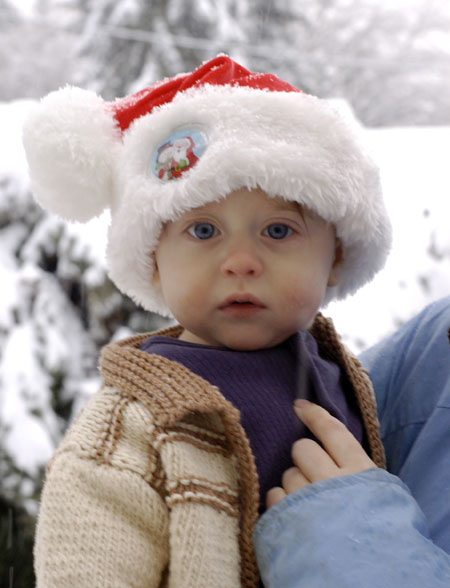 These photos were taken on Monday afternoon, after a full day of snow. Nolan was mostly interested in watching what the dog was doing in the yard behind him. Since then the weather has warmed up a bit and most of the snow has melted away in the rain. It was still technically a white Christmas, though!

A Quick Update Between Trips