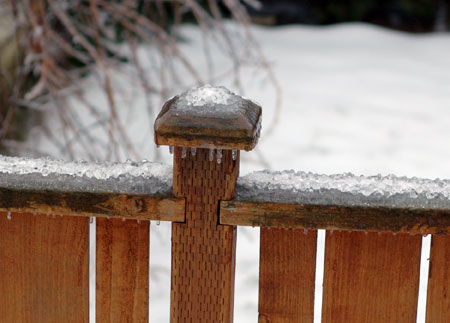 I think we’ve gotten more snowy weather in the past week than in the past 5 winters combined. We got several inches last Sunday, and flurries on and off through the rest of last week. It was finals at Willamette, so the university didn’t close, but Jeremy worked half-days from home for a good portion of the week, and got to leave early the rest of the time. The majority of the snow was gone by the end of the week, thanks to temps that finally got just above freezing, but by Saturday night we were getting freezing rain, and we woke up yesterday to half an inch of ice coating everything. Freyja was very confused by the crackly crust covering the remaining inch or two of snow in our backyard. 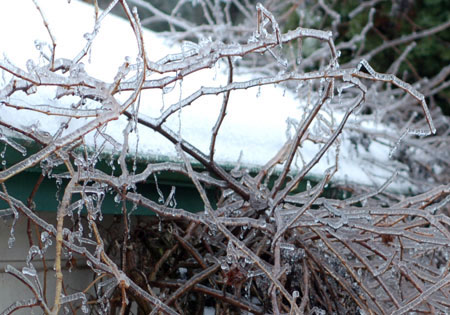 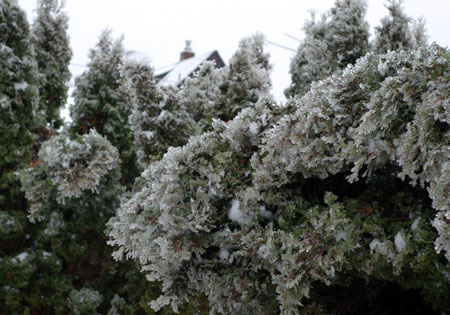 As the day progressed, we got more snow flurries and lost power in the house for several hours, due (I believe) to downed power lines. When we woke up this morning, at least 4 or 5 inches of snow had fallen on top of the ice, and it is still falling. It looks like a winter wonderland in Oregon, and we may even have a white Christmas, of all things. Our poor bushes, however, may not survive the experience. 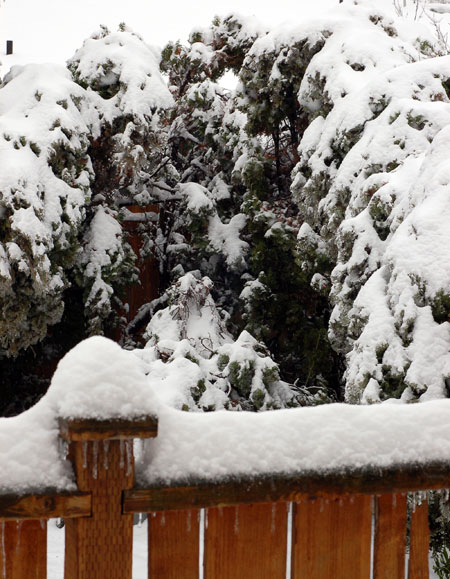 Freyja is going stircrazy in the house. Needless to say, we haven’t been out for the past two days, and not just because our car is buried under a shell of ice and snow. So she hasn’t had a walk for over a week, and she’s got mad energy. She doesn’t mind the snow at all, though, so whenever we give her the chance, she runs around the backyard with her stick, stumbling through the ice crust here and there. 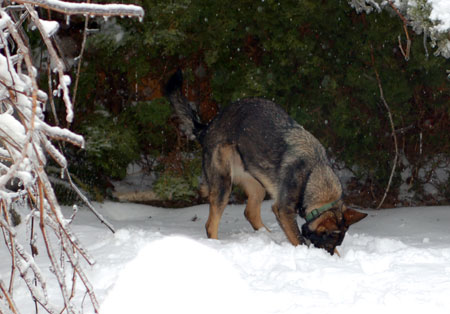 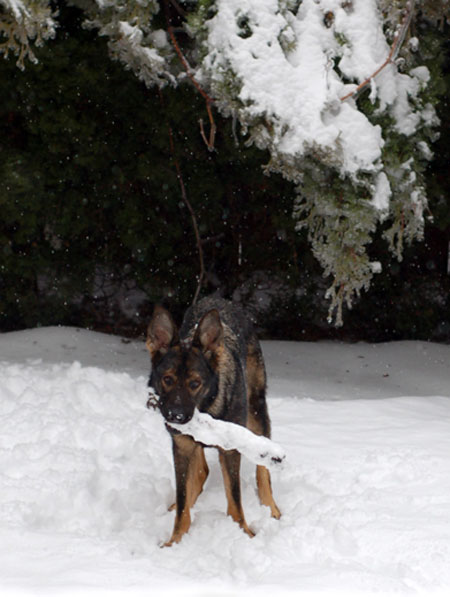 Farewell to the Jetta