Sorry it has been so long since I updated… last weekend was extremely busy with a going-away party for a good friend of ours. We hosted it on Sunday afternoon, so I spent all last week cleaning and the entire weekend cooking and getting things in order. I think it was a big success, though, considering that we’ve never held a party before. This week I’ve been trying to come up with creative meal uses for all of the leftover appetizers.

Nolan has been a busy boy, as well. Besides attending his second party, he is still doing a great job sitting up unassisted. He can usually manage it for several minutes now, occupied with toys, before toppling over. He also cut his second tooth, and went on his first spin in a stroller, which seems to have the same effect as the car seat—namely, that he falls asleep soon after we start moving. 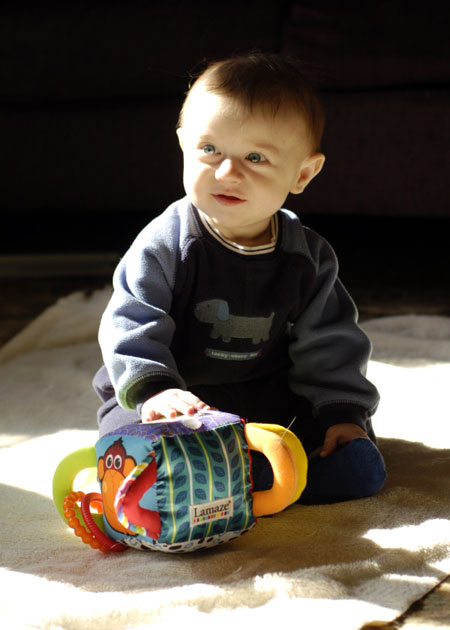 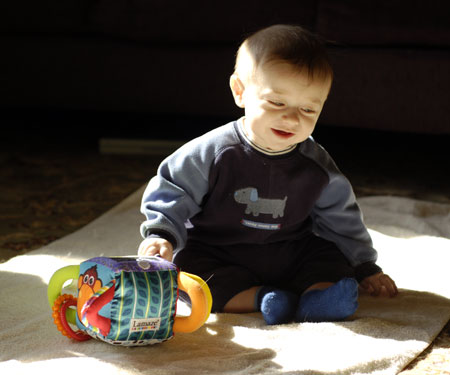 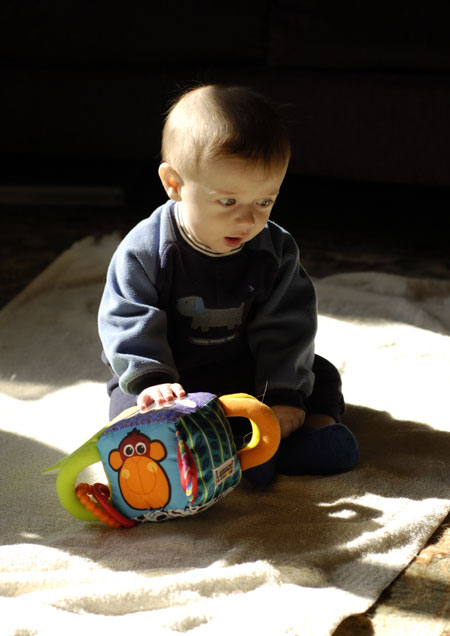 He was really interested in the shadows on the floor. 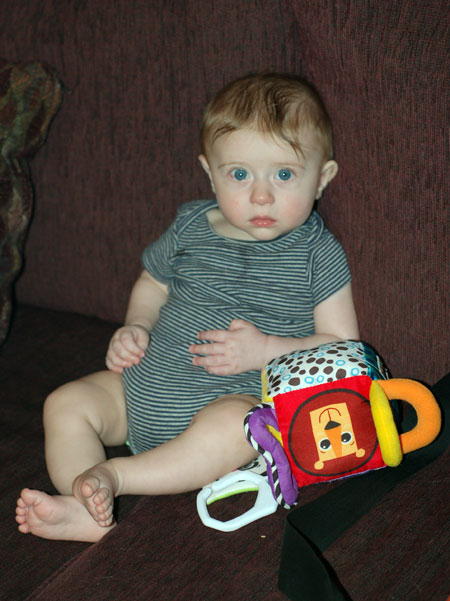 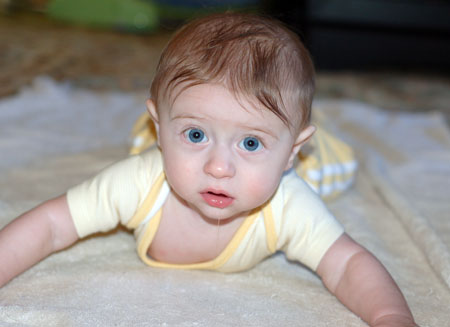 Nolan is still not a fan of tummy time, and refuses to practice his push-ups. He would rather just fling his arms out in space and fuss. 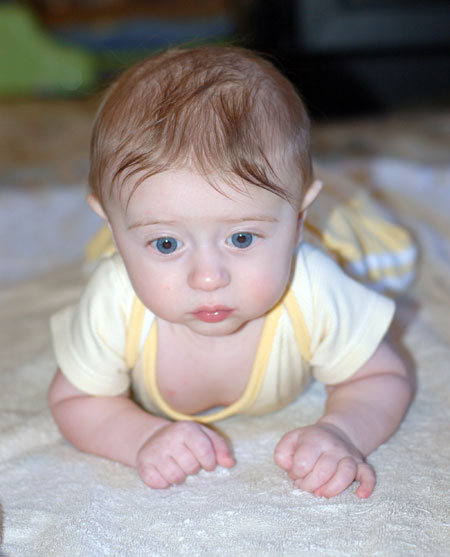 Sometimes I try propping him on his elbows to give him a little help, but he just lets go again after a few seconds. Look at that sad face. 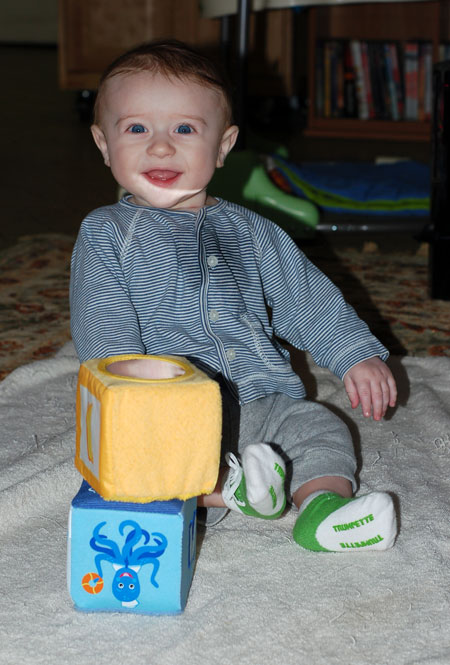 He fell over backwards about half a second after I snapped this shot. And in the close-up of this pic, below, you can sort of see both of his teeth there on the bottom. 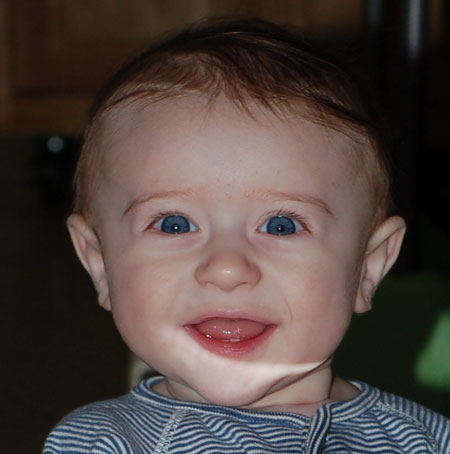