In case you were wondering, Nolan’s eyes are still blue. 🙂 That child could win a staring contest handily. 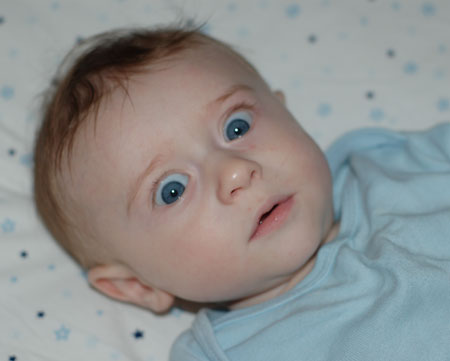 Freyja and Nolan are still getting along like gangbusters. Good thing too, because Freyja’s kisses and Nolan’s fur-pulling could certainly be agitating if they weren’t great buddies. 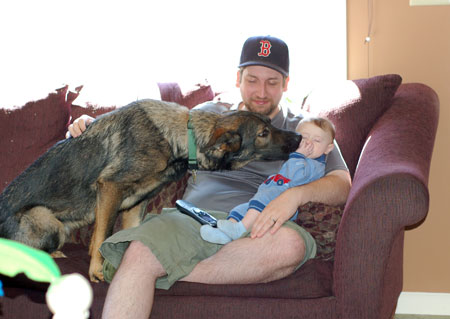 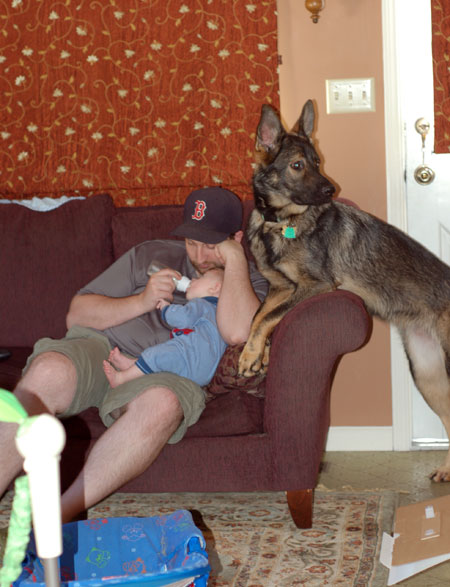 And for this week’s finale, here is Nolan’s latest milestone. Last week he cut his first tooth, and yesterday: 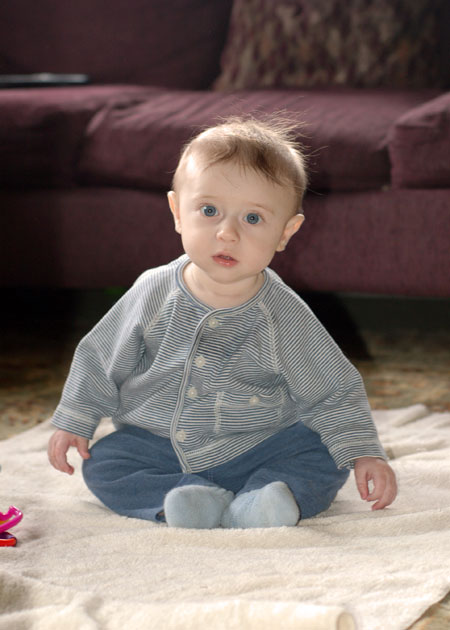 He sat there for at least a minute playing with his plastic links before toppling over sideways, but I was lucky even to get this pic because the camera’s batteries gave out and needed to be recharged. But there should be lots more opportunities!