We took Freyja to Minto Brown Park this morning for the first time. Minto has a leash-free dog park section, and we wanted her to interact with some other dogs. Sure enough, there were a ton of other dogs there running around playing. Freyja started out really well with her introductions, but unfortunately a pit bull and a boxer got into a pretty serious brawl right in front of her, and after that she was very cautious about interacting with other dogs. She seemed to do better one on one, or with dogs that were very calm. By the end, she had at least made friends with a lab mix.

After the excitement of the dog park, we took Freyja to another part of Minto Brown, where there is access to a lake. We wanted to see what she would think of the water. It didn’t take long to find out. After introducing herself to the other people that were there with a dog, she plunged right into the water and proceeded to leap to and fro ecstatically. She went in and out of the water several times, sometimes going out deep enough that she got to actually swim a little, and bouncing adorably all over the place in the shallows. I think it’s the happiest we have ever seen her. We played frisbee for a while afterwards to give Freyja a chance to dry off a bit, and then headed home with an exhausted and still damp, but very happy puppy. Below are a few pictures of the fun. 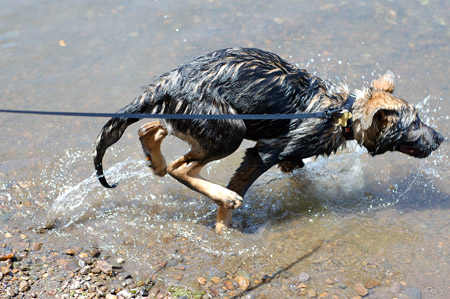 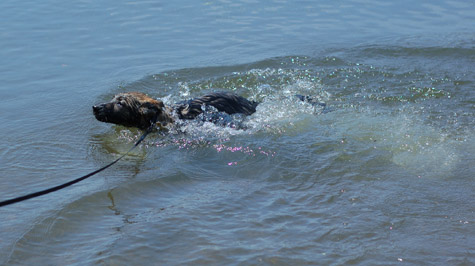 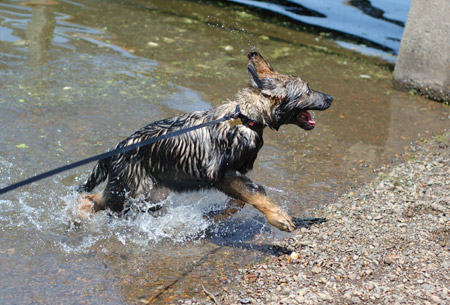 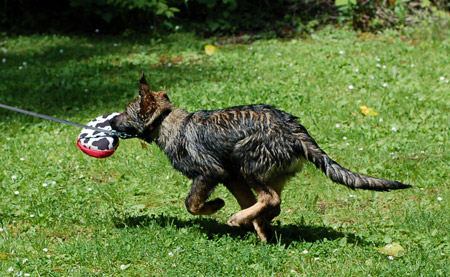 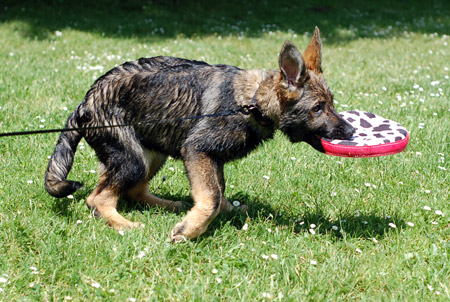 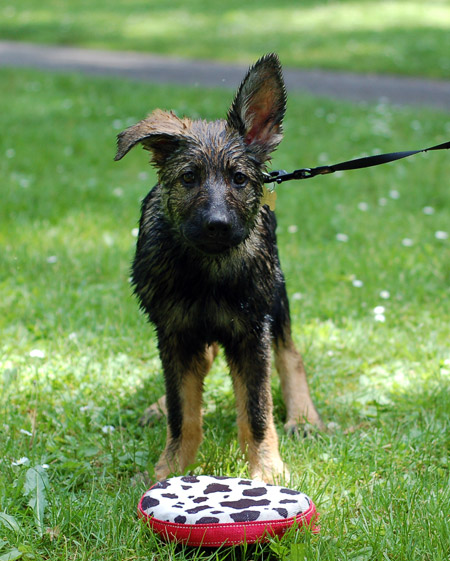