Well, most of you probably know that the curriculum at NYAA culminates with a Diploma Project. I haven’t really talked much here about the painting I’m going to be working on for that project. It is going to be an interesting and complicated painting based on a photograph taken while visiting my brother, Shaun, in Alaska. At one point during that trip, his four young ones all climbed on my back and Julie snapped a few pictures. The work is going to be based on that figure grouping.

I’ve done a few studies in preparation, including a detailed head study of Tayler (on the far right). Here’s a picture of the study. 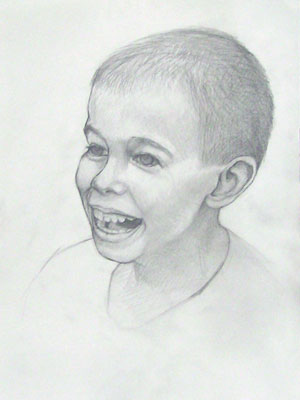 I’ll be doing more detailed studies, likely of all of the heads—as I complete those, I’ll post pictures as well. I’ve got a 60″ x 42″ canvas stretched and I’ve got a rough contour drawing on surface. I sized the linen with rabbit-skin glue and oil primed it myself, so it should be a nice surface to paint on. Here’s a picture of the final support with the contour drawing, as well as some of the studies—oh, and some guy standing in the picture to give you a sense of the scale. 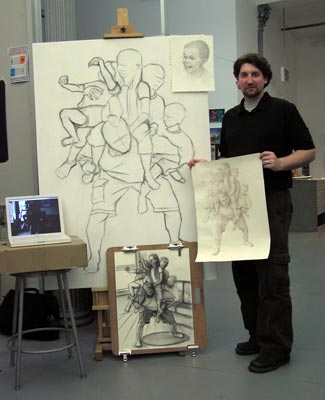 Labor Day in the UWS

Off to a Furious Start