I had a hard time getting out of bed today. Perhaps, knowing that it was a holiday, my mind decided to convince my body that it was okay to rest. Once I did finally get going, however, I attempted to be productive. After some time researching ideas for a possible NYAA diploma project, I decided that it was far too nice a day to sit inside the whole time. I met up with Tara and Loren and we explored the Riverside Park area.

Since it was on the way we decided to learn, once and for all, who is in fact buried in Grant’s Tomb. This is the largest tomb in North America, and Grant was so popular at the time of his death that the land (Upper West Side, right on the Hudson River, mind you) was donated for the monument. This was done to keep the monument from being built in Washington D.C., St. Louis or Philadelphia. 90,000 people donated over 600,000 dollars for the construction of the monument, which was modeled after monuments for Hadrian and Napoleon. Here’s a shot of the interior. 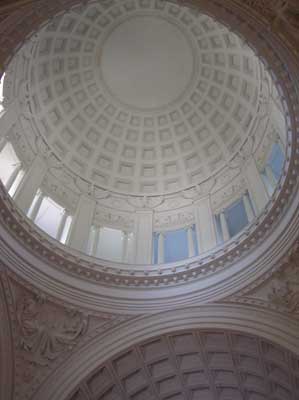 Now for the answer you’ve all been waiting for… technically speaking, no one is buried in Grant’s Tomb. That said, Ulysses S. Grant and his wife Julia are entombed there. It’s a subtle distinction, but I don’t want to get any silly emails splitting hairs. 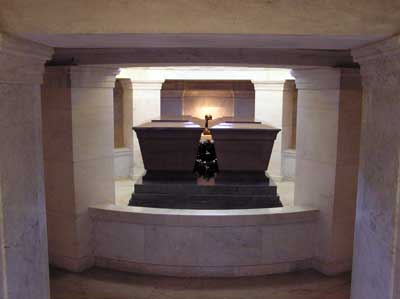 We continued our stroll down to the park by the Hudson River and past the impressive Riverside Church. 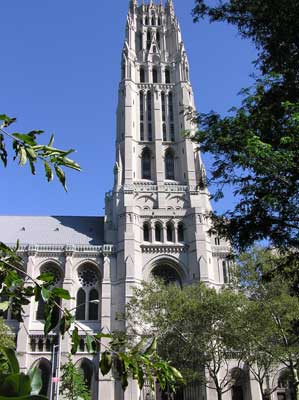 If you had the feeling that I had walked all the way to southern France, you have a better sense of architechture than I. Apparently this Gothic-looking building was modeled after the famous 13th-century Chartres Cathedral. It is right on Riverside Drive, and I understand that this may be the very place where Julie’s paternal grandparents were wed. It is, as I take it, a very politically active interdenominational church, and the inside of the church is supposed to be quite something. I’ll defininitely have to make time to see that and hopefully snap a few pictures.

There is a great pathway just on the edge of the Hudson; I hope to be able to use it for jogging before the weather starts to turn cold. 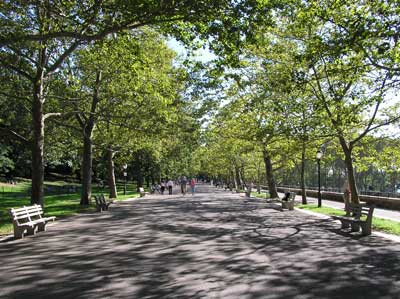 And here’s a photo of my compatriots, Tara and Loren, on the bank of the Hudson proper. 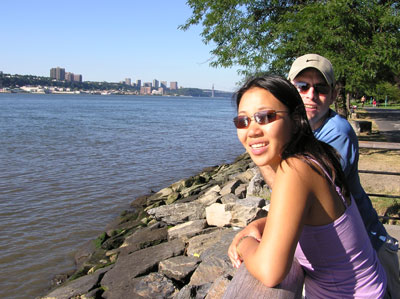 We concluded the day by walking back to civilization around 72nd Street, and had dinner at nice southwestern restaurant called Santa Fe, that Tara and I had discovered on a previous outing. We then decided that 50+ blocks of walking was quite enough for one day and took the subway back up to where we live. Quite an enjoyable day—I hope that everyone had such an agreeable Labor Day.