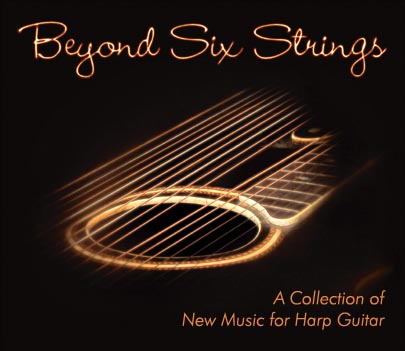 Last night, on a whim, I decided to walk over to campus to attend a harp guitar concert. Now, I really didn’t even know what a harp guitar was, but Willamette is sponsoring a whole harp guitar conference this weekend, thanks to Professor John Doan, so there were some very talented players in Salem, and it seemed like a good way to spend an evening.

Turns out I was right, though I wish I had had the foresight to bring my camera. Harp guitars are a variant of the guitar that incorporate both a fretted guitar neck and additional banks of open sub-bass (and sometime super-treble) strings that are plucked like a harp. Dozens of variations on this form, spanning over 100 years, were displayed on the stage. Some instruments were acoustic, some electric; one had sympathetics strings inside the neck of the guitar, one had even been cobbled together in the past week from an electric guitar and bass with a zither attached to it; and the range of sound the artists coaxed from them was incredible. Several artists sang as they played, and some were able to make their harp guitars sound like other instruments entirely. As might be expected from the instrument’s design, however, the concert was predominated by classical fingerpicking, made richer by the addition of the open strings.

With 13 harp-guitarists from around the country to perform, the concert was a long one, around 3 hours. It concluded with all of the conference attendees coming on stage to play together, a group of at least 20 and some sort of world record, from what I understand. When it ended, I rushed out to buy a compilation CD that contains quite a few of the songs just played, and have been enjoying it while I write this post.