As beautiful as Central Park is, the most beautiful place I’ve seen in NYC has to be The Cloisters. A branch of the Metropolitan Museum, it is a building constructed from 12th – 15th century European castles. It is really an amazing thing to see. A medieval European castle in Manhattan. And people say Americans don’t know what to do with their wealth. 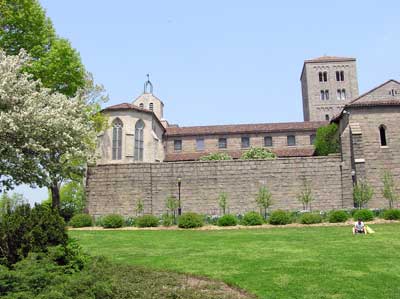 Here is an exterior shot of the southern wall. The building itself is just off of the Hudson river in the very northern part of the island.

Here is the eastern face of the structure. Mind you we haven’t even entered the building at this point. 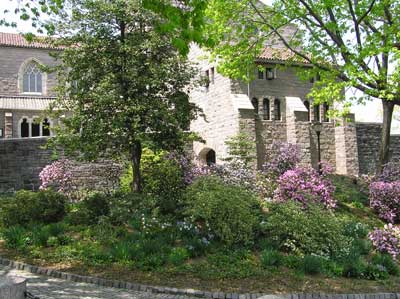 The name refers to the cloistered gardens the castle holds. There are at least four, all of which are endowed in perpetuity. 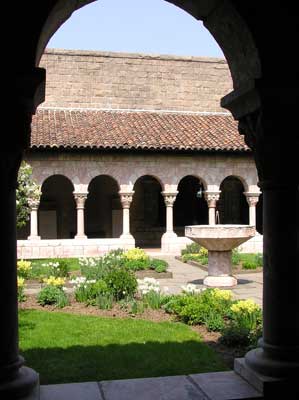 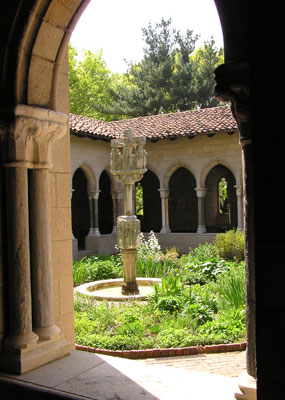 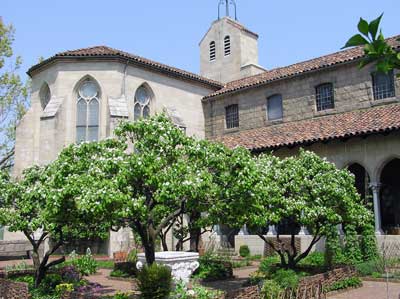 The interior of the building itself is quite aesthetic. 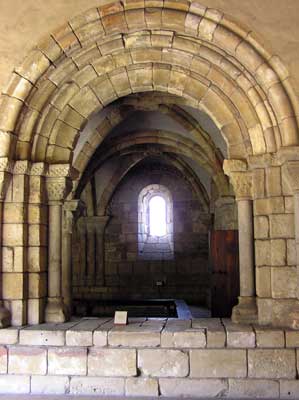 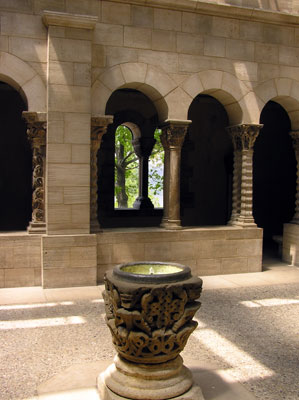 Most of the rooms have been set up like a monastery, and though I often find myself too wound up to do nothing but be contemplative, here it comes quite naturally. In addition, there are many great pre-renaissance works of art: sculpture, painting, tapestry, stained glass and metalworks. 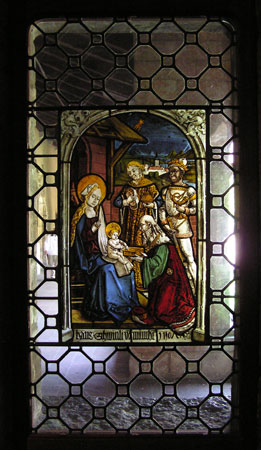 On such a sunny day as I happened to visit, the stained glass windows were really glowing.

They house two quite famous works at The Cloisters. The first is a set of tapestries depicting the hunting and capture of a unicorn. As an added bonus they even had a narwhale horn in the room. I didn’t get a very good picture of the Unicorn Tapestry, but you can find one on the Met’s website.

They also had the famous Merode Altarpiece there. It’s a triptych depicting the Annunciation. Excellent example of early Northern work. Here is a picture of the central panel. Northern work tends to be loaded with symbols, and you can be sure that there isn’t a single object in this piece that doesn’t mean something. I understand that even the Archangel’s garb (dressed as a deacon?) signifies that he is now a servant of the coming Christ. 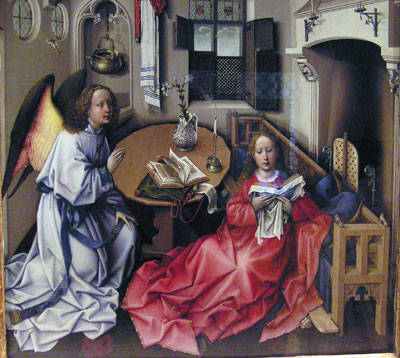 I was unable to get a satifactory picture of the wings, but there is a picture of the full triptych online as well. The right panel depicts Joseph constructing mouse traps, a symbol for himself as he was the trap by which the devil was tricked. The devil was expecting Christ to be born to a virgin, and therefore an unmarried woman. The left panel depicts something more peculiarly Flemish, portraits of the patrons who commissioned the work. For some reason, there is a long tradition in the north, of showing the art patrons watching or participating in religious events, something that I find rather… well, arrogant. But who am I to fly in the face of tradition?

I will definitely be taking Julie here when she comes out to visit next semester.