Now that classes have ended I have a little time to bounce around the city. I met up with Tara on Thursday and we did just that. We started the day out in the West Village and saw the Ashes and Snow show. It wasn’t really much to write home about, but feel free to check out their website if you are interested.

We then walked up to Chelsea (about 10 blocks north) and had some lunch before stopping at two of my favorite NYC galleries, Gagosian and Mary Boone. Unfortunately, the Eric Fischl show had just come down, so Tara wasn’t able to see his work; I saw it shortly after it went up.

After that we hopped on the train and went up to West 72 St. and the west side of Central Park. Most of the day was spent in Central Park. It was beautiful out and we were afforded the opportunity to do a bit of exploring. There is so much to see, it’s really difficult to believe that this is part of Manhattan.

This is the Angel of the Waters at Bethesda Terrace. This bronze statue dates from 1873. 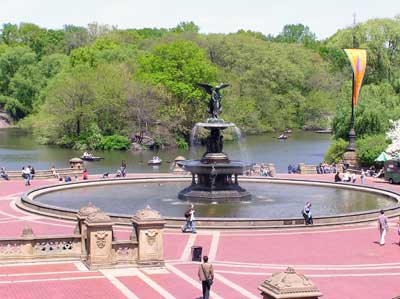 Here is a closer picture of the Bethesda Angel. 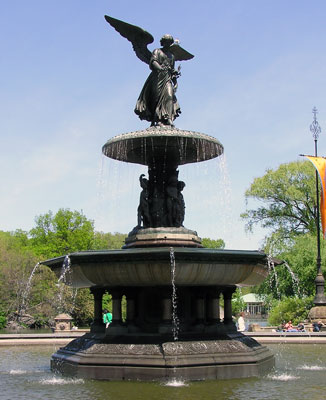 This structure, overlooking the Turtle Pond (yes, there are in fact turtles in the pond) was originally a outpost in the early days of NYC. Now it is a weather observatory and open to the public. There are good views of the city, as well as the Shakespeare playhouse, from up there. 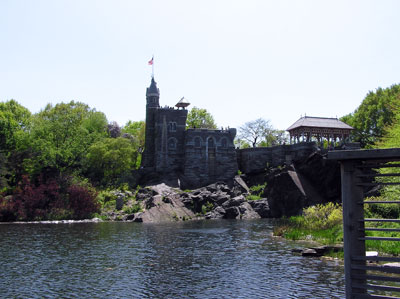 Here is a picture of some of the wildlife in the park. One doesn’t normally expect to see such a shy water bird in a city of 8.5 million. 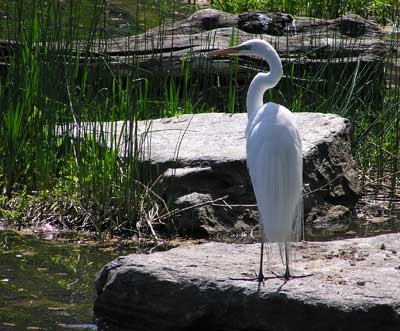 Speaking of birds, we walked by a bunch of Pale Male watchers. These guys had telescopes and camera lenses to make NASA salivate. But alas, the famous Red Tailed Hawk, who lives on the edge of the park on 5th Ave just a little ways south of the Met, was apparently not at home.

We ended up walking from 72nd, meandering through the park and back out then up to 121st where Tara lives on the Upper West Side. That’s a good 50 blocks. It was a beautiful sunny day, and though Tara mocked my light complexion, by the end of the day my skin had turned a lovely (read: slightly painful) shade of pale crimson. Time for the aloe.

And a parting shot of Tribeca before heading home. 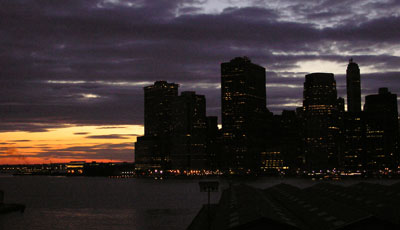