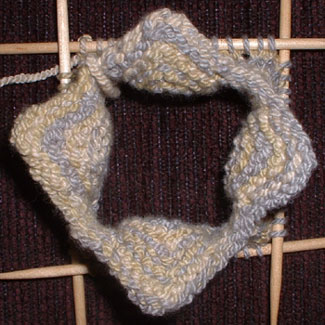 Happy Mother’s Day, Mom! Since by now you have received your present in the mail, I thought it would be safe to post some pictures. These are the Broadripple Socks from Knitty, made with a shade of Fixation yarn that my mom picked out back in March. They striped rather handsomely, I think. 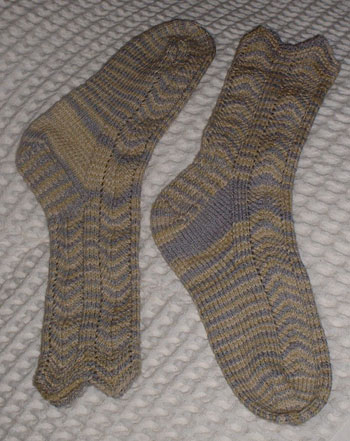 The next picture is completely unrelated, but somehow appropriate for a Mother’s Day entry. Yesterday I was outside mowing my lawn in between rain showers, and when I returned to the back of the house to put the mower away, I knew immediately that something was wrong, because there were a bunch of birds chirping up a storm. Sure enough, there was a baby robin sitting in the middle of the yard, apparently recovering from a miscarried attempt to fly. I wanted to do some weeding without being scolded by Mama Robin, so I shooed the little guy off towards another part of the yard, where he stayed resting for several hours. 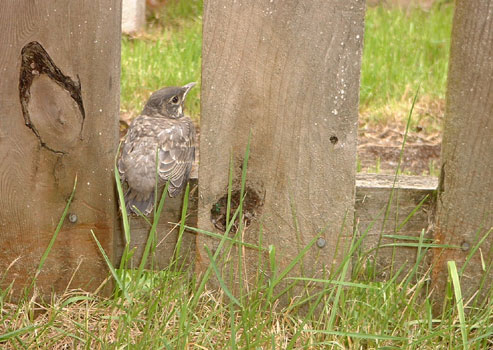 I checked on him from my bedroom window several times. Hopefully he’s alright, as we have several neighborhood cats running around. But I didn’t hear any sort of commotion outside, so I like to think he made it to safety. Just another sign of spring.