New York’s Museum of Modern Art was established at a time when no one was buying modern art. As such, they were able to snap up a good percentage of the really important pieces of that period. Yes, despite the anachronistic name, the age of the avant-garde is now past (ended around 1970) and for better or worse we are in a post-modern period.

MoMA just recently renovated their Central Manhattan building and reopened to the public in late November of last year. Ever since, the place has been packed to the gills with modern art lovers. Unfortunately, renovating a building in Manhattan is expensive; as a result, so are the ticket prices. Fortunately, the have a free time from 4 to 8 pm on Friday evenings. Myself and a couple of classmates decided to head over there after classes today. Apparently so did many, many other New Yorkers…

Here’s a picture of one of the rooms… bear in mind that they have five floors with several rooms on each floor. Once we got into the building, every room looked like this: 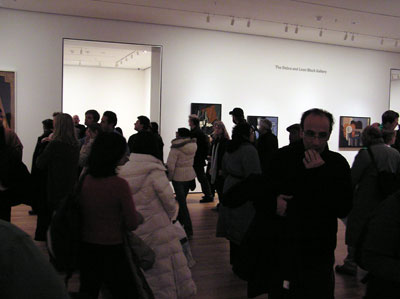 There really are quite a few very important works in the museum… here are some of the highlights:

Cezanne was well represented at the museum, which is good as both the Fauvists and the Cubists claim him as their grandfather. 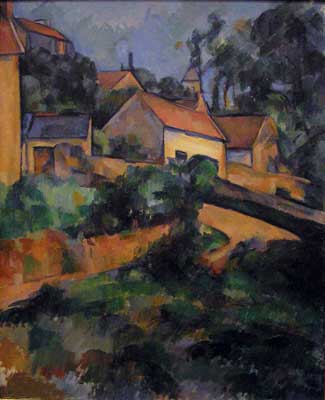 Salvador Dali’s famous Persistence of Memory. For such an important and recognizable work, I was amazed at how small it is. The pocket watches are basically life-sized in this one. 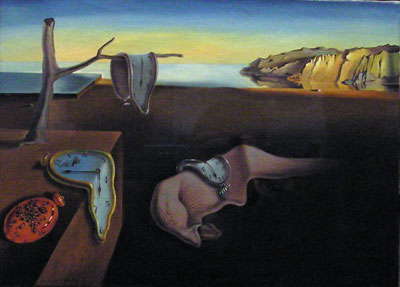 Kirchner was a German Expressionist. This work was completed on the eve of World War I and shows what Kirchner thought of the Berlin upper-crust. He was one of those intellectuals, who, at the time, wished for some sort of massive world event to bring things back into alignment with nature. Reminds one to be careful what you wish for. Kirchner got his wish, but the horror of modern war was not what anyone had anticpated; Kirchner himself, though he lived through the war, was deeply traumatized by what he saw on the front lines. 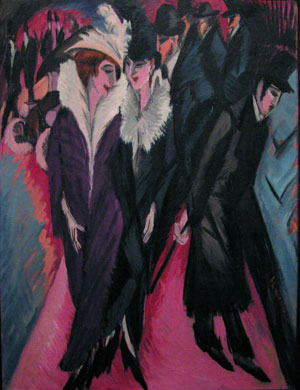 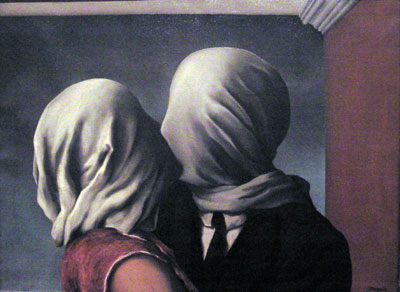 Matisse was also well represented at MoMA. This is his famous Red Studio. 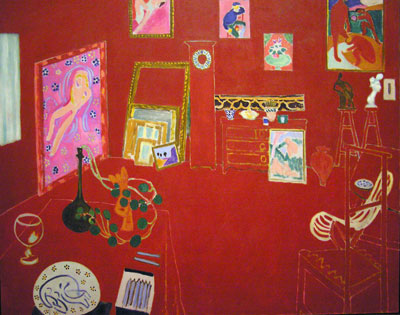 Another Matisse, this one his equally famous Joy of Life. An enormous painting that was basically lifted from a detail in one of his earlier paintings. He made a couple of copies of this work. 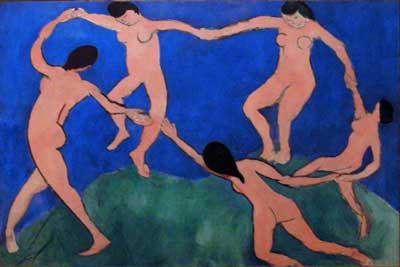 A watershed piece; Picasso’s Les Demoiselles d’ Avignon. As I understand it, Picasso created something like 800 studies for this work within the span of a year. This painting is basically 10 feet tall and contains all of the germs that would develop into full Cubist language. The faces are distorted to look like primitive Iberian and African masks. The cloth drapery in the background is fractured and pulled to the foreground. Broken color and Fauvist colors… it’s all there. 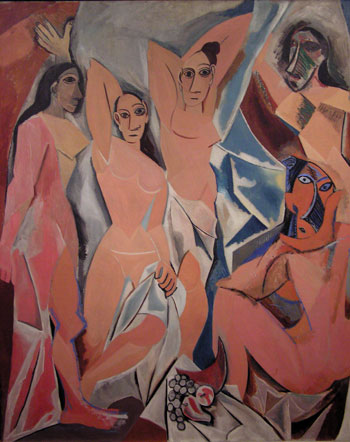 Another Picasso, this one a full—though early—Cubist piece. Still quite representational. 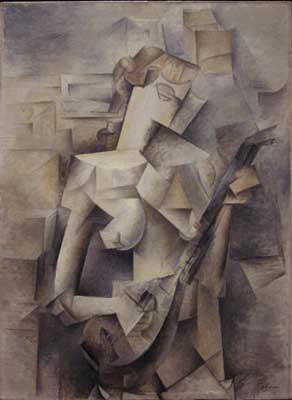 Picasso was so prolific and so involved with not only painting but drawing and printmaking. This is one of my favorite etchings of all time; La Minotaurmachia (the Minotaur Figher). It’s loaded with archetypical and personal mythology. The minotaur to Picasso was a symbol of the ugly side of the male libido. The man on the ladder is a typical wise-man figure who arrives whenever the world is out of joint. The little girl, who is in fact the only one fighting the Minotaur, is holding up a candle. It is the light of truth which holds the creature at bay. As you can see, he is being blinded by the light. However, we also find that the woman depicted over the eviscerated horse was one of Picasso’s lovers. At the time this was done, she had become pregnant, but by another man. We see then that the sword she wields is pointed not at the Minotaur, but instead at her own pregnant belly. 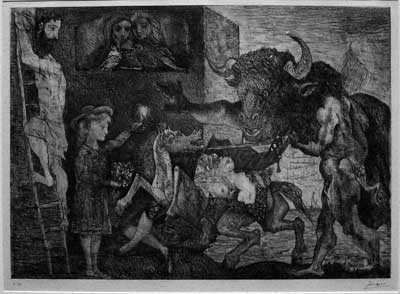 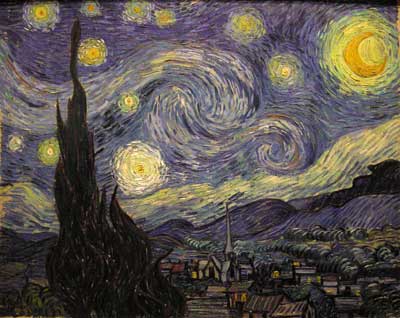 They also had works by Max Ernst, Gustave Klimt, Francis Bacon, Otto Dix, Roy Lichenstein, Frida Kahlo, Diego Rivera, Andrew Wyeth and Henri Rousseau, among others. I was hoping they might have some paintings by Lucian Freud and Jenny Saville as well, but no luck. Still a very worthwhile trip. Someday, when I’m a little more flush, I’ll have to go back at a time when the musuem isn’t severely overrun.