The student government group threw a Halloween Party this past Friday. Halloween is apparently a very important holiday for art students. I didn’t realize that there was going to be so much pressure to come up with a clever costume.

We had about a $100 to spend on decorations… I think that we did quite a lot with that budget. Here’s a picture of the cast hall – 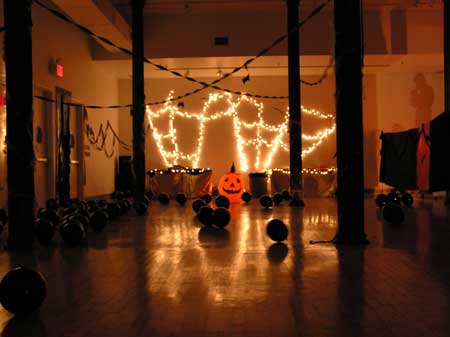 There was a pretty good turn-out and the costumes were really fabulous. I don’t know how appropriate it would be for me to post everyone’s alternate personaa here without their permission, but I wanted to have a few pictures to give everyone a taste of the event. 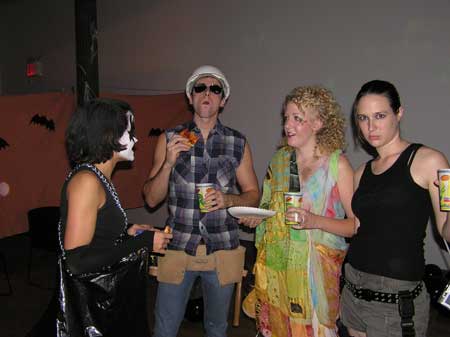 This was one of my favorite costumes (especially since they constructed the chest-burster and face-hugger by hand).

Here is a picture of me (attempting to look like a certain 14-year old wizard) with the very affable and erudite Lisa Lebofsky (here as Puss-In-Boots). 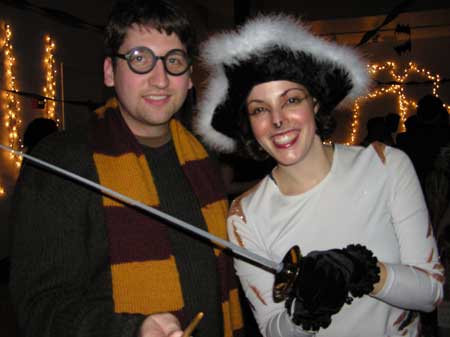 I know it’s not much of a costume, but it was affordable. 🙂

I think that we got around 100 people to turn out for the event and a ghoulishly-good time was had by all. It’s going to be hard to top that next year.