Here are pictures of a couple of things I’ve been working on this past week.

The first is one of some block people for the anatomy class. Eventually we are going to be constructing these buggers out of plasteline. 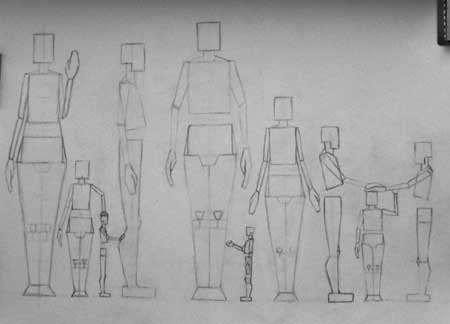 These are a couple of interesting homework assignments that are due for Tuesday’s Composition and Design class. The first is a ‘sacred geometry’ piece. During the Gothic and early Renaissance periods there were certain geometric configurations that were considered mystical or sacred, and often were used as the underpinning of the composition in order to imbue the work with added mojo. We were allowed to choose any subject, but it was reminded to us that the subject of a sacred geometry work was usually religious. 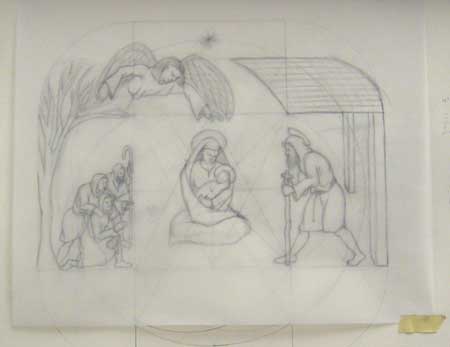 The drawing is on tracing vellum, and perhaps you can just see the geometric construct underneath. There are three golden rectangles about a central square all circumscribed by a sphere. It was alright to be a bit stylized in the execution, particularly if that helped the work to fit the underlying geometry better. This was a composition I constructed out of my head. If anyone is really interested, let me know and I’ll post instructions on how to create a golden rectangle—they actually are still useful, in that if you can put your major subject on the line dividing the rectangle into a perfect square it generally gives a very pleasant composition.

The second work was supposed to be a bio-morphic form. We were instructed to do a highly scientific and detached drawing where we look at the subject analytically. Since I don’t have access the ferrets (not that I’d be able to get them to pose for several seconds, let alone several hours, anyway) I had resigned myself to drawing some sort of mundane vegetable. However, fortunately—or unfortuantely, as the case may be—I happened upon a unique store in Soho called Evolution. They had the most incredible collection of bugs for sale that I had ever seen. Most seemed to be either butterflies and moths or beetles, though there were a good number of spiders as well. Anyhow, I couldn’t get the thought of the beetles out of my head. So, after a day or so of dejectedly ruminating on the vegetables, I decided to splurge and purchase a beetle (it cost way too much, so don’t ask—though I’m sure Julie will tell you if you must know).

I did the work in silverpoint, which is a very traditional medium. The drawing is literally done with silver. One acquires a silver wire and draws with a stylus on a toothy surface. I already had a silverpoint stylus and used acrylic gesso on medium weight paper as the surface. The lines are very light and one simply hatches more and more lines over an area to get it to darken.

Here are a couple of figure studies from the Figure Drawing class. These were both 40-minute studies. 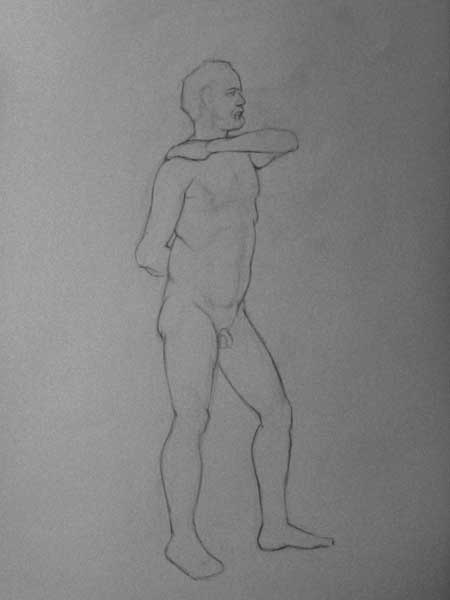 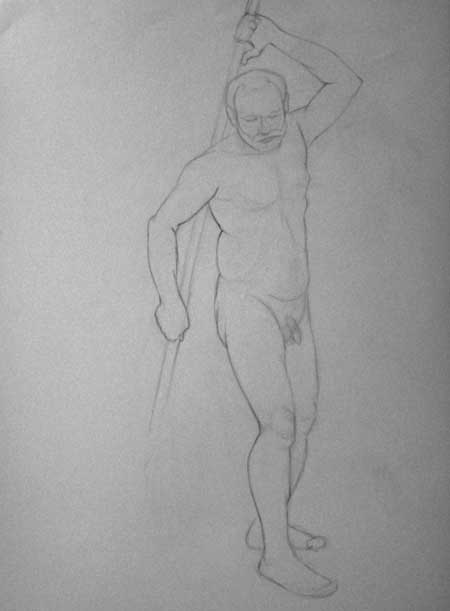 For Figure Drawing homework, we were to draw three of the casts from the school’s cast collection. Here are two of the three (I still have to do one more before Wednesday). 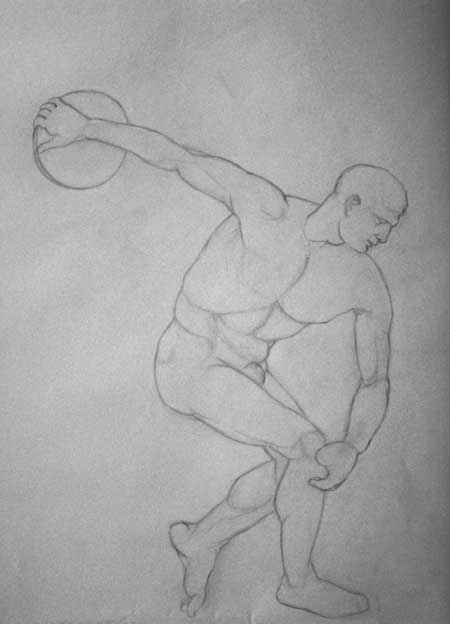 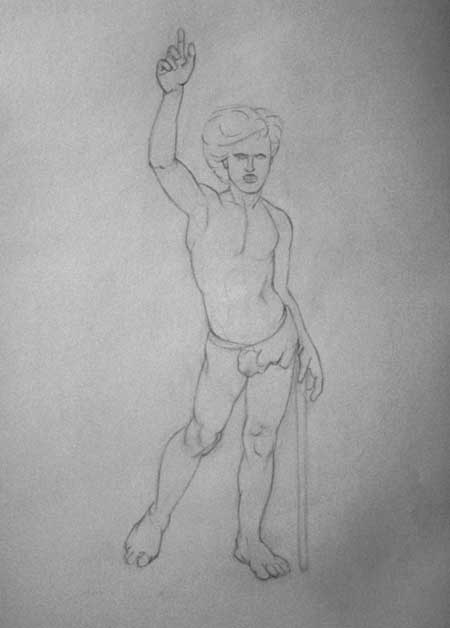 We also had the pleasure of listening to Julien LaVerdiere talk on Thursday. Perhaps you don’t recognize the name, but I’m sure you are familiar with at least one of his works. He is a concept artist whose oeuvre tends to focus on symbols of power and their inevitable removal over time. He is best known, however, for the ‘Tribute in Light’ that went up six months after 9/11 here in New York City to give presence to the noticably altered Manhattan skyline. They turn them on again every year (I’ve got pictures of the most recent event, if you look back a couple weeks ago).

A Day at the Met