Since we only have five ferrets, itâ€™s time to bring the Ferret of the Week series to its close with a grand finale: the Mighty Mighty Ajax. 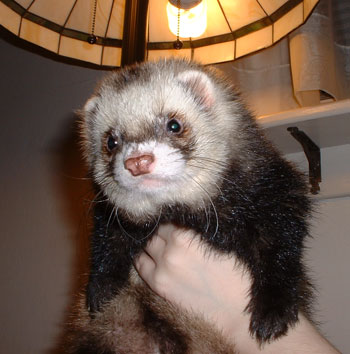 A few months after we brought Niki home, we were informed by the breeder that there were several new litters of kits that would be available once they reached 8 weeks of age. We very happily drove up to Oregon City and picked out a quarter-angora, light sable boy with a black nose. Although he was microchipped for identification, when we came back to pick him up, somehow he had already been taken home by someone else. That was how we met little Ajax, another 8-week old male kit, half-angora with siamese sable coloring. He was very round and fuzzy, and from good European stock—his daddy, whom we met, was an enormous half-angora so strong I could hardly hold onto him—and the breeder was keeping his champagne-colored brother to be a breeding hob. 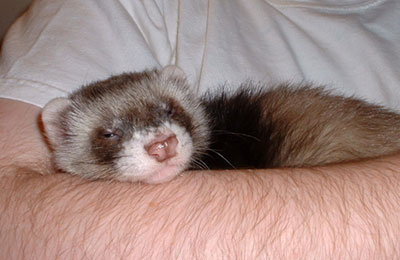 We brought little Ajax home to meet his new â€œbig brother and sisters,â€ only to realize that he was already bigger than all of them. By three months of age, he already weighed 3 pounds, more than Rocky weighs at his heaviest winter weight. Once he grew up to his full size, he settled into a comfortable 4.5-5 pounds. 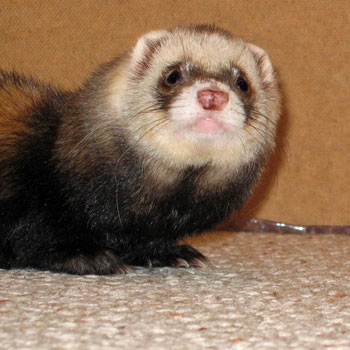 (Check out that burly neck!)