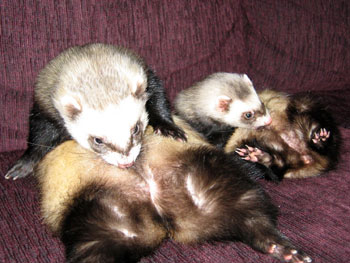 Although Niki was a moose of a kit, she had some medical issues when she first came home with us that we believe kept her from growing to her full potential; namely, a case of giardia. Giardia is a parasitic microbial infection in the GI tract. Weâ€™re not sure how she got it, but it really hung on, and likely prevented her growing body from absorbing all the nutrients she needed from her food. Consequently, she started out well ahead of the curve, but ended up being a very compact little girl. (The photo above shows Nikita—on the right—with her younger “brother” and buddy, Ajax, who also grew to his full size, but more on that next week.)

Despite her small size, Nikita has a huge attitude. It was rather difficult to teach her to get along with her older â€œbrother and sisters.â€ Pandora and Loki both tried to show their dominance when Niki was a little kit by scruffing her every chance they got, and Niki was terrified of Rocky for some unknown reason, chattering at him and running away before he ever touched her. Needless to say, eventually this sort of activity made Rocky so very interested in Niki that he started wrestling with her, but I have to think it was mostly her own fault. 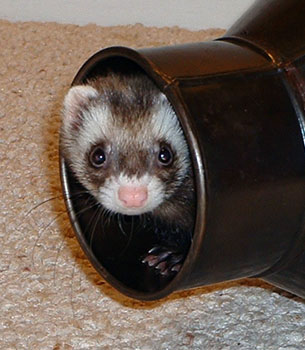