My requisite participation in whatever the current main-event happened to be usually precluded the possibility of taking pictures. However, I did manage to snap a few during one of the days we played ‘tag’. It’s nice to see that the kids weren’t simply attempting to tag the youngest athlete, but challenged themselves to tag Shaun and myself as well. Here we see Alek about to tag Shaun–or will he? Perhaps it’s best left to the viewer to decide the outcome of this encounter. 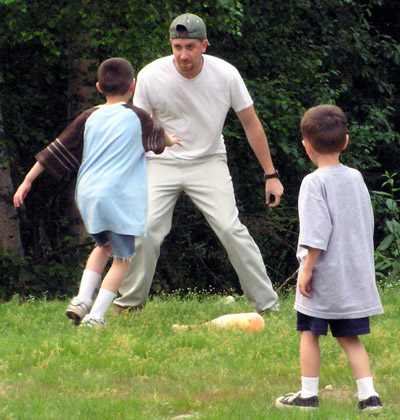 It became clear to me that an inexhaustible supply of youthful energy would ultimately trump any advantage I had by way of speed, agility and trickery. 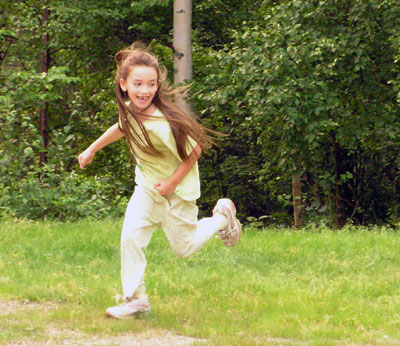 Eventually I had to put the camera down or accept the fact that doing two things at once made me the easiest target. 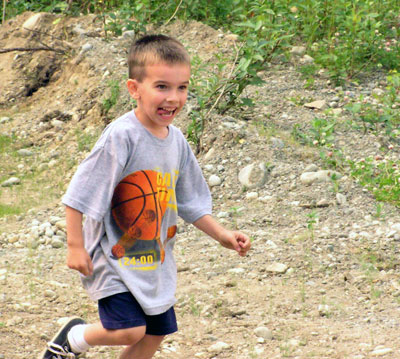 Shaun and his wife, who is also named Julie, seem to have this parenting thing down. Personally I don’t feel responsible enough to maintain stewardship of another living person, yet they have four wonderful children who are as happy, healthy and well-behaved as I have ever seen.

We took some 800 pictures over the course of the week that Julie and I were guests in my brother’s home; the bulk of these were, of course, of my nephews and nieces. I hope that some day we are fortunate enough to live nearer to them. Visiting every few years is far too infrequent.

From eldest to youngest… 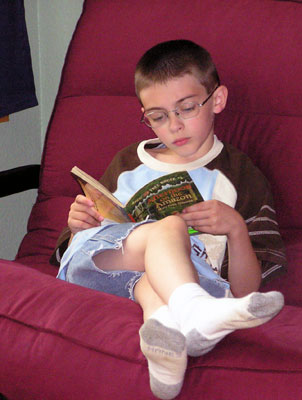 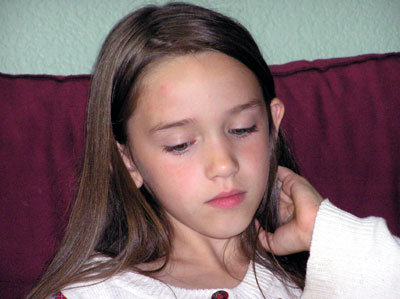 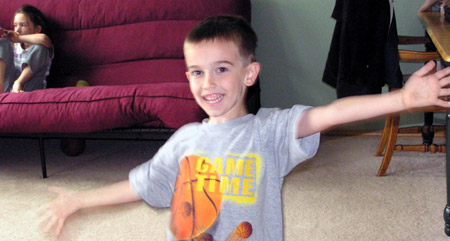 Gabby (who gets an extra picture here as she was too young to play tag with us): 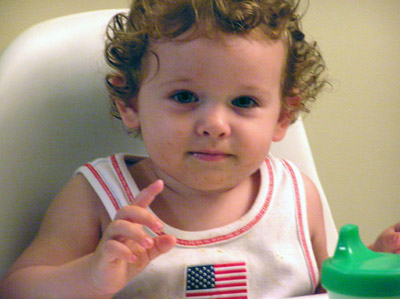 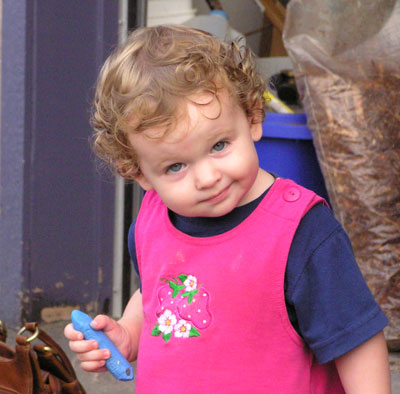 They say that a picture is worth a thousand words; this one likely says as much about me as it does about the kids. Someday, no doubt, I’ll have to grow up… but not yet. 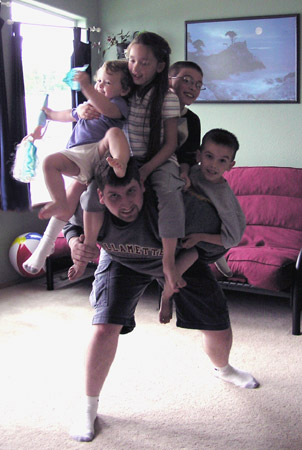 Something in the Air?

Jeremy’s Farewell Party (and a Recipe)