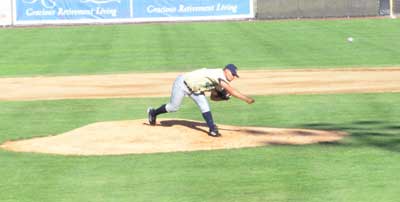 Julie and I were fortunate enough to get some tickets to see a Salem-Keizer Volcanoes baseball game this Father’s Day. Apparently baseball is no longer considered The American Pastime—but I’d still rather see a baseball game than just about any other sporting event. 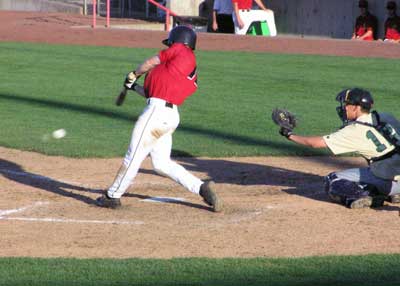 The game ended up with the Volcanoes beating the Eugene Emeralds 10 to 7. Perhaps that sounds exciting, but baseball aficionados will tell you that the good games are the ones that end up 1 to 0 or 2 to 1. As high scoring as the game was, I think at one point there were more errors than runs. I didn’t actually keep score, but I believe that only half of the runs scored on either side were earned runs. No matter: it was a gorgeous day at the ball park and it’s always fun to watch a ballgame. 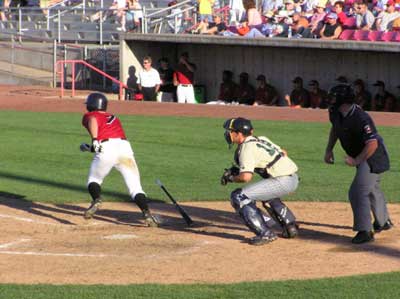